There are still 2 days left in Russian Literature Week. Check out the remaining events here. 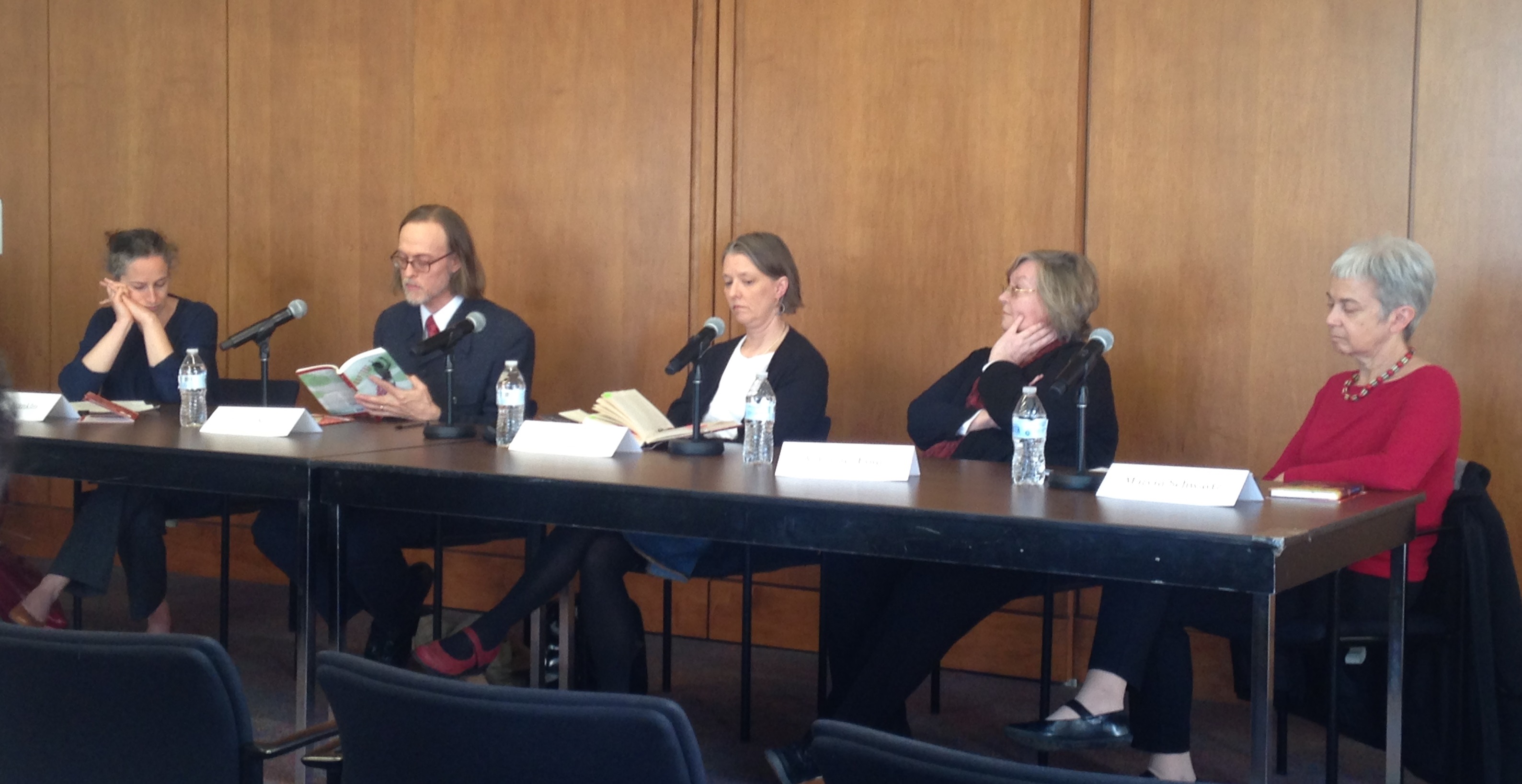 Every year, Read Russia’s Russian Literature Week provides a variety of events for devotees of literature, from raucous panels on what’s new and hot on the contemporary scene to intimate, in-depth conversations on single titles. On Tuesday May 2nd 2017 the Russian Literature Week event The Art of Translation: A Literary Roundtable focused on translators. Moderator Ruth Franklin, author of Shirley Jackson: A Rather Haunted Life, began by inviting the participating translators to speak briefly about a recent translation and read a short passage from it. Thomas Kitson read from Rapture by Iliazd, the most recent publication in the Russian Library. Lisa Hayden commented that readers often assume that the most difficult part of translating Laurus by Eugene Vodolazkin was the archaic language, but actually, getting the rhythm right was harder. Antonina Bouis read a passage from Sergei Lebedev’s Oblivion, a novel that, in Nina’s words, “turned the collapse of the Soviet Union into a kind of poetry”. And Marian Schwartz was gracious enough to read to us from an as-of-yet unpublished translation of a book by Leonid Yuzefovich. It will come out in February from Archipelago and currently bears the working title Horsemen of the Sands. The book concerns the Far East and Mongolia, and Marian pointed out that this makes it work particularly well in translation because Yuzefovich has already explained the unfamiliar customs and history for his Russian readers, who are also on unfamiliar ground.

Ruth deftly steered the conversation to highlight common themes and differences between the works and the methods of the translators. We had a rousing discussion of realia, which, as Marian commented, can add or take away from the overall experience of reading the translation. She cautioned that the translator should ask herself: Why is it there? How is it being used? What’s the effect on the original audience?

One big dividing factor is whether or not the author being translated is alive. Lisa, Nina, and Marian all enjoy close relationships with these authors. This allows them to ask for clarification, of course, but more importantly, having the author’s explicit permission makes it much easier to alter the underlying work. Michael Wise, the co-founder of New Vessel Press, was in the audience, and he and Nina spoke about some tightening of the prose and in one instance even some rearranging that they were able to do with Lebedev’s blessing. This kind of liberty is harder to take with the work of a dead author. Tom Kitson added that since he was unable to discuss Rapture with Iliazd, he compensated by reading his other works and getting a sense of his relations with other Russian writers.

Ruth ended the event with a request for advice for aspiring or emerging translators:
Marian Schwartz: Pick a really good book. Otherwise, it doesn’t matter how good your translation is.
Antonina Bouis: Work with an author you like as a person.
Lisa Hayden: Listen for voices. Read out loud.
Thomas Kitson: Pick a book that you really love.