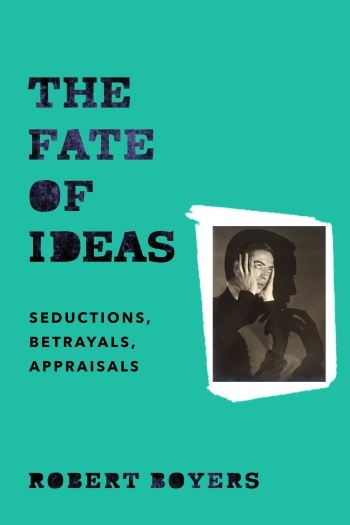 The following post is by Robert Boyers, author of The Fate of Ideas: Seductions, Betrayals, Appraisals:

The Spanish philosopher Jose Ortega Y Gasset wrote extensively about what he called “the height of the times.” Unhappy about the backwardness of his country, its parochial tendencies and resistance to liberal ideas, he urged his fellow Spaniards to acquaint themselves with what seemed most demanding and ambitious in the modern art and thought of the early twentieth-century, and to assess their own Spanish culture by measuring it against the achievements of other European societies. There was, of course, no perfectly reliable or objective way of knowing what was genuinely “high” or “advanced,” and Ortega himself sometimes challenged the assumptions and practices associated with high modernism, most notably in his famous book on “The Dehumanization of Art.” But Ortega always believed that there really was a “height of the times,” and that it was important for artists and intellectuals to try to stay abreast of new developments and unfamiliar ideas. He understood that what was new was not therefore, or inevitably, worthy or impressive, and he feared that publicists and journalists might promote tenth-rate artworks and dubious ideas that lacked seriousness and complexity. But he regarded “the height of the times” as at least a useful fiction that might inspire people to take intellectual risks and to try at least to tolerate bold experimentation in the arts.

We have come a long way from the period when someone like Ortega felt he needed to make such a case. In most western countries, certainly in the United States, the new and experimental enjoy a status beyond anything that people of Ortega’s generation might have imagined. When the New Yorker art critic Harold Rosenberg titled a book The Tradition of the New, more than fifty years ago, he was confirming what had become clear to students of modernity. The new had become, in several respects, the one central, indispensable value within the framework of modernist and post-modernist culture. To speak of “the height of the times” was to signal an openness to the unfamiliar and an appetite for anything that seemed to go against the grain of ordinary popular taste and routine consumption.

By now, of course, vast numbers of people, hungry for novelty and spectacle, flock to museum exhibitions and gallery shows featuring varieties of shock and awe. Even writers operating within the framework of conventional narrative fiction are inclined to experimentation—think of J.M. Coetzee’s masterpiece Elizabeth Costello—while demanding thinkers like Slavoj Zizek command large audiences hungry for difficult and sometimes outlandish ideas.

In light of these developments, it may be useful to ask what may now be signified by a term like “the height of the times.” Is there such a thing as “advanced” art and thought, such that it might be differentiated from the “backward” or “traditional” or “reactionary”? Are there ideas we might legitimately classify as “advanced” and others that are clearly not advanced? Certainly we are inclined—most of us, at any rate—to believe that we know the difference between one kind of idea and another. Thus we say that a respect for “difference” is an advanced idea, and that verisimilitude can no longer be regarded as an important criterion of value in the arts. We assume that such judgments, or assumptions, are more or less secure, which is to say broadly if not universally shared.

In this sense, to be at the height of the times is to be able to differentiate between ideas that we take to be advanced and others that signify an enwombment in an outmoded perspective. To be outraged about artworks that fail to deliver a simple message, or that defy standard conceptions of beauty or formal perfection, is to consign oneself to the party of those who do not aspire to, and do not understand the importance of, “the height of the times.” Though it may not be easy to say with perfect assurance that a particular novel, or painting, or philosophical essay, deserves to be accorded an “advanced” status, the effort to think along those lines and to make rigorous discriminations—as between the merely pleasing and the properly ambitious—remains an aspect of our participation in the culture of the present.

It has been some time since I last thought about Ortega’s thesis, and almost twenty-five years since I wrote about it for The New Republic . But my new book is unmistakably informed, at several points, by Ortega’s perspective. This is most evident in the chapters of the book devoted to subjects like “Modernism,” “Beauty” and “The Sublime,” where I ask, for example, about the relation of novelty to fashion and publicity, and wonder whether for most people the rage for the “advanced” has mainly to do with their desire to be confirmed in their sense that they are in the know and possessors of thrilling new ideas.

But the focus of my book allows me also to ask other kinds of questions about the rise and fall of ideas, about whether the disappearance of an idea has anything to do with its validity or its level of complexity. Is the fact that “fidelity” no longer seems a terribly compelling idea to most people—that it seems decidedly not “advanced”—in any way an indication of its having genuinely outworn its usefulness or its capacity to make us think seriously about who we are and what we want? In my chapter on that subject I argue that fidelity—as “an ideal, a provocation”—ought not to be regarded as “a dismissible anachronism,” and that it belongs entirely within the repertoire of ideas that mark “the height of the times.” Any times.