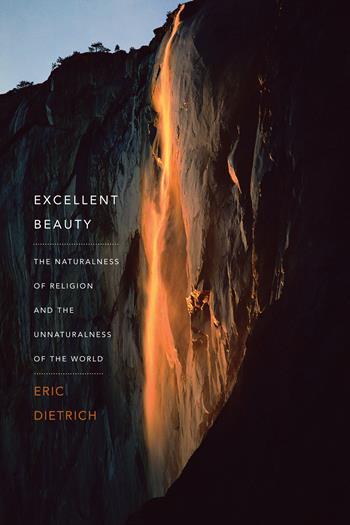 “Over the years, I’ve talk to many psychologists, neuroscientists, and philosophers about consciousness, and almost none of them think that consciousness is beyond explaining, none regard it as an enduring mystery. Pressed for why they should think such a thing in the face of our abject ignorance, they shrug and fall back on what is clearly faith—faith that our science will be one day explain everything.” — Eric Dietrich

This week our featured book is Excellent Beauty: The Naturalness of Religion and the Unnaturalness of the World, by Eric Dietrich. In today’s post, Dietrich discusses the continuing existence of “excellent beauties” (currently unsolved and possibly unsolvable mysteries).

Don’t forget to enter to win a free copy of the book in our book giveaway!

Everyone Loves a Good — Temporary — Mystery, Pt. 2
By Eric Dietrich

The grandest example of an excellent beauty is consciousness. I don’t mean anything unusual or strange by the word “consciousness”. Consciousness—or being conscious—is the most ordinary thing in your life . . . so ordinary, you rarely note it or think of it. Consciousness is the way the world seems to you, the way you experience it, feel it. Taste an apple, see a sunset, smell a rose or an angry skunk, stub your toe on the foot of the bed frame at 4:00 am, hear your dog breathe or a baby gurgle and coo. Introspect and consider your belief that there are an infinite number of numbers. These are all conscious experiences. We have experiences because we are conscious. Or, rather, our having them constitutes our being conscious. Being conscious is what makes it fun or horrible or merely boring to be a human (or anything else that is conscious). Using a phrase that the philosopher Thomas Nagel made famous (apparently only among philosophers), we can say that a being is conscious when there is something it is like to be that being. (See Nagel’s oft-cited paper, “What is it like to be a bat?”).

Consciousness has so thoroughly eluded scientific explanation that we have no idea what an explanatory theory of consciousness would even look like. This runs deep. Given an explanatory theory of conscious by, say, friendly, advanced, visiting space aliens, we couldn’t even begin to tell if it was correct or not. Consciousness somehow exists only inside our minds (not, note, inside our brains), while science can only tackle what is on the outside, what is public and measurable. But why should this be the case? Why should there be anything it is like to be a dog or an octopus or a lobster? Why should there be “insides” to our minds, beyond the reach of public, measuring science? A famous quote (apparently only among consciousness researchers) by Stuart Sutherland is apropos here: “Consciousness is a fascinating but elusive phenomenon; it is impossible to specify what it is, what it does, or why it evolved. Nothing worth reading has been written on it,” (from the International Dictionary of Psychology).

The denialism here is thick. Over the years, I’ve talk to many psychologists, neuroscientists, and philosophers about consciousness, and almost none of them think that consciousness is beyond explaining, none regard it as an enduring mystery. Pressed for why they should think such a thing in the face of our abject ignorance, they shrug and fall back on what is clearly faith—faith that our science will be one day explain everything.

Here, briefly, and minus explanations, is a short list of other excellent beauties. We begin with the most well-known: Basically all of quantum mechanics. Next, the infinity of numbers comes in sizes—that’s right: some infinities are bigger than others, by rather a lot, it turns out. No one knows why, yet the proof for this fact is relatively easy to follow. Logic contains some of the strangest mysteries. First, classical logic is completely unable to represent its fundamental notion, the inference from one sentence to another, say from “X is a prime number bigger than 2”, to “X is an odd number.” Second, there exist logics that allow some statements to be both true and false at the same time. More shockingly, some philosophers argue that such “true contradictions” are required to correctly describe completely ordinary things like walking into a room or blinking your eyes. Thirdly, any logical system that contains numbers and operations like addition produces truths that are obviously true, but which cannot be proven; here truth extends beyond proof. There are more logic mysteries, but let’s move on.

Here is a mystery involving something more ordinary: Did you know that there is a very old, currently undecipherable text complete with detailed colored drawings sitting in Yale University’s Beinecke Rare Book and Manuscript Library? The author, purpose, and meaning of the text are unknown. Attempts to decode it or translate it defy all modern techniques used by linguists and cryptologists (going clear back to World War I). It’s called the Voynich Manuscript. Most scholars believe it was written sometime in the fifteenth or sixteenth century, but no one is sure (recent carbon-14 dating does put the date of the vellum in the fifteenth century). The language the manuscript is written in, if indeed it is a language, is completely baffling. Detailed statistical analysis of the symbols making up the manuscript, however, leads most scholars to believe that it is in fact written in some language, just not one used by any known culture or people. Here’s a final example. Recently it has been discovered that science itself, in its quest to find and explain all that can be found and explained, produces paradoxes that completely undo all the assumptions science has to make to be science. Science, it turns out, must assume what it wants to prove. (All the references to the above mysteries can be found in Excellent Beauty, except the last one; that one can be found in the paper “Science generates limit paradoxes.”)

What does the existence of enduring mysteries, of excellent beauties, mean? We have seen that in a sense, religion and science are co-conspirators—they conspire to create a world that is flatly natural. The supernatural bits of religions are not real, being only the products of our over-active imaginations fixed by group membership. But the excellent beauties are real, they are waiting there for any one to find and marvel at, and they are not the products of over-active imaginations. What are they the products of? That is itself the final excellent beauty: how is it that we inhabit a world that contains so many foundational paradoxes, so many enduring mysteries? How is it that some of our science and knowledge-seeking provides us with fulfilling and affirming explanations, while other parts of it shock us with strange enigmas that cause us to question the very core of what we think we know? It appears that what our science is telling us, with increasing urgency, is that the universe is not fully open to our comprehension. But it is fully open to our sense of beauty. And in the end, that’s better.