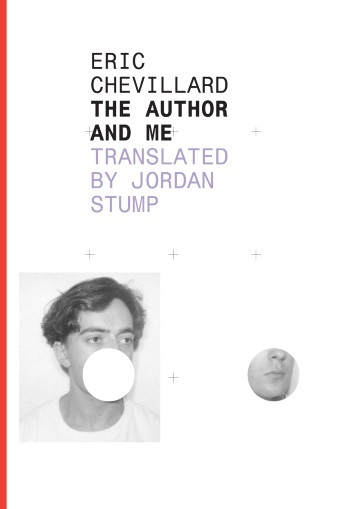 In this week’s Thursday Fiction Corner, we continue our celebration of The Author and Me, written by Éric Chevillard and translated by Jordan Stump, which has been named as a finalist for the 2015 Best Translated Book Award in Fiction! Today, we are happy to present a short excerpt from the book which truly gets to the heart of the story: the contrast between the delicate and delightful preparation of trout amandine and the brutal and horrifying cooking (if one can use a word with such limited negative connotations to describe the process) of cauliflower gratin. Bask in the glory of the description of the first, and shiver in fear at the description of the second:

On the making of trout amandine and cauliflower gratin, an excerpt from The Author and Me
By Éric Chevillard, translated by Jordan Stump

So you begin, of course, by cleaning the trout, through the gills if you know what you’re doing, or more simply by making an inch-long incision in its belly, starting from the anus, taking care not to puncture the bile sac, lest you impregnate the fish’s pink, delicate flesh with a bitterness it succeeded in containing better than I, I must confess, Mademoiselle, but I have my reasons. Now rinse your trout, with care once again: there are sometimes little clots of blood still clinging to the spine. Cut off the fins, slash the end of the tail to prevent it from curling up in the frying pan like a scorpion’s, which would introduce into your lunch a note of aggression that will sooner or later be sounded by one of your tablemates anyway—whereupon you will lower your nose to your plate to find the exquisite tenderness your fellows deny you. Next, melt a tablespoon and a half of butter in a frying pan and, in another, dry roast a half cup of sliced almonds, stirring them gently with a wooden spatula. In your enthusiasm, you will have grown a third hand for snipping the parsley. Lower the heat under the first pan and, while in the other the almonds turn golden, brown your trouts (I put in two: I’d like one myself), dusted with flour and perhaps stuffed with a sprig of thyme. After eight minutes—men will have been born by the thousands, men will have died, that will give you a sense of those minutes’ import—turn the fish, salt and pepper the browned side, and add the parsley along with half the almonds. Let a few more minutes go by, turn the fish once again, scatter over the reserved almonds, drizzle the whole thing with the remaining butter and a little spray of lemon.

What do you think?

How much we’d have to say, if it weren’t rude to talk with your mouth full!

Whereas, quite to the contrary, that woman.

Whereas, quite to the contrary, that woman began by dividing a cauliflower into little florets!

Each of those little florets, let me remind you, being itself a whole cauliflower—tiny, yes, but complete.

This part of my account may prove disturbing in its smallest details. Plug up your ears if you like, Mademoiselle, or rather pinch your nose so you won’t have to hear, I won’t take it amiss. I believe my esteem for you would even soar to new heights.

Because then she dumped that sickening hash into a pot of boiling water.

In a second pot, meanwhile, she brought milk to the boil.

I call that premeditation.

Malice aforethought—whereas my own act was spontaneous, unthinking, motivated by fury alone.

She melted some butter with a pinch of nutmeg, measured out a half cup of flour, stirred it into the butter—then let the whole thing go cold.

She was making béchamel sauce!

Stonily, like the mechanism of death lurching into motion, utterly untinged by humanity, she drained her cauliflower and mingled the branches with sliced rounds of potato in a gratinée pan.

For she owned a gratinée pan—should you require any further proof of premeditation.

Off heat, she poured the boiling milk over the cold roux. For five minutes she stirred up that brew with a whip, over a cruel little flame that was already consuming me. She salted and peppered, added grated emmental.

Then she daubed—you heard me right, she daubed, daubed as one would daub a piece of toast with honey or a vacherin cheese with currant coulis—she daubed the cauliflower and potato with that béchamel!

And what’s more, sprinkled the whole thing with a mixture of breadcrumbs and parmesan.

Then she put me into the oven and left me for twenty minutes in that blistering heat, where my last illusions withered.