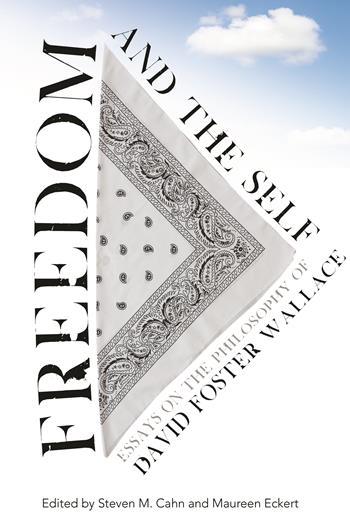 This week our featured book is Freedom and the Self: Essays on the Philosophy of David Foster Wallace, edited by Steven M. Cahn and Maureen Eckert. Freedom and the Self follows up on Fate, Time, and Language: An Essay on Free Will, our recent publication of David Foster Wallace’s critique of Richard Taylor’s philosophical work, with essays examining DFW’s philosophical views in more depth.

To set the stage for the week’s feature, today we are featuring the afterword from Fate, Time, and Language, written by Jay Garfield, a professor who worked with Wallace at Hampshire College, as well as a set of “Brief Interviews with Philosophy Students” in video form, explaining and delving into different aspects of Wallace’s work. Don’t forget to enter our book giveaway for a chance to win a free copy of Freedom and the Self!

On DFW the Philosopher:

On Situational Modality vs. Richard Taylor:

On DFW as a Fatalist:

On Art and Modality:

On Logic and Philosophy:

On David Foster Wallace as Philosopher and Writer: