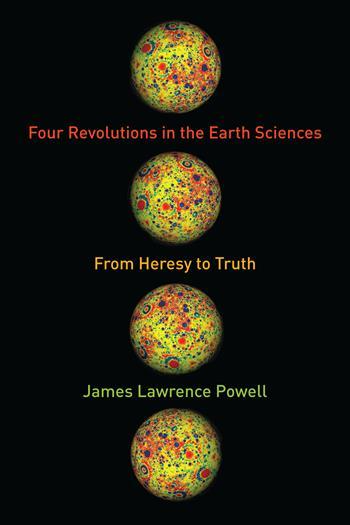 The following is an interview with James Powell, author of Four Revolutions in the Earth Sciences: From Heresy to Truth

Question: Your 2011 book, The Inquisition of Climate Change, discusses climate deniers and the attempt to debunk the theory of climate change. In what ways did this previous work inspire you to write Four Revolutions in the Earth Sciences and what were you looking to further expose in the science community?

James Powell: My interest grew gradually, beginning with my book called Grand Canyon: Solving Earth’s Greatest Puzzle. That got me interested in the Colorado River and that in turn got me wondering what the effect of global warming would be on the future flow of the river. That in turn led to Dead Pool, where I showed that the Colorado could not possibly keep up with demand in the face of rising population and also declining supply due to global warming. That made me realize that no one (at that time) had written about the denial movement, so I decided to tackle that topic it The Inquisition of Climate Science. As I said in the preface to Four Revolutions in the Earth Sciences: From Heresy to Truth, I knew that scientists had at first been wrong about the age of the earth, continental drift, and meteorite impact and that led to the book in which I explore how scientists can be wrong but don’t stay wrong

Q: Your book focuses on the great discoveries of the twentieth century. Why that century and not earlier ones? Was it difficult to decide which scientists and projects to focus on?

JP: Not really difficult, because my background as a geologist had made me aware that geologists had been wrong about the age of the earth, continental drift, and meteorite impact. The reason for focusing on this century was because it was in the 1960s that each of these theories were confirmed.

Q: You consider the Space Race when discussing the discovery of meteorite impacts on the surface of the Moon. To what extent, if at all, do you believe political pressure is necessary for scientific discovery?

JP: Absolutely critical if you include research and exploration for military purposes. The scientific revolutions over continental drift, meteorite impact, and global warming would have been much delayed had it not been for the advances during WWII.

Q: Was there anything that surprised you while researching for this book?

JP: I was surprised at how thoroughly climate scientists had rejected anthropogenic global warming between 1901 and say the early 1960s. Nearly universally.

Q: You write in the preface of Four Revolutions in the Earth Sciences that you were inspired to explore the ways in which science has, in fact, been wrong after arguing with a friend about global warming. How powerful do you think the effect of
misinformation is in regards to scientific progression, especially in today’s contemporary digital society?

Q: How might looking at evolutions of scientific theory to scientific discovery shed light on disputed science today?

JP: It makes you realize that when scientists have been collectively wrong, it has been because there was very little unequivocal evidence and they preferred to stick to the older theories that they had always worked under. But once the evidence gets strong enough, they had to change their minds. The evidence for anthropogenic global warming is mountain high and there is none against it