The following is part two of a post by Albena Azmanova, author of The Scandal of Reason: A Critical Theory of Political Judgment. You can read the first half of the post here.

“The grievances against austerity that are now being expressed in street protests and in voting booths are the grievances of distressed consumers; not of citizens demanding structural changes to the political economy of democratic capitalism.”—Albena Azmanova 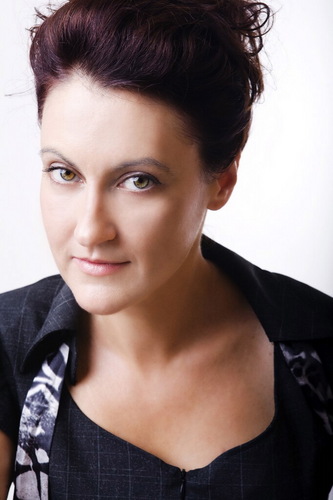 How has the coup d’économie managed to transform Europe into a Dictatorship of the Four Economic Freedoms? Above all, by altering the role of political authority in Europe. Public authority (at all levels of governance) has undertaken ever more policy action to intensify wealth-production, but less and less action to manage the social costs of growth-generating public policy. This is particularly evident with regard to social policy in the European Union.

EU integration has reduced the policy-making powers of member-states in welfare provision, while EU institutions, over the past decade, have increasingly started to taken action in this field. This shifting balance between member-states and the EU in itself is not alarming; it is not even interesting. The important question is not where policy-making authority is allocated, but what type of social policy ensues from the re-allocation of responsibility between states and EU’s central policy-making bodies. In this regard, three elements are noteworthy.

First: in the course of shifting responsibility from state to EU level, there is less and less public authority in charge of welfare provision. This is the case because the retrenchment of the state is not matched by an equal increase of policy action at EU level. In other words, what the states are losing in terms of capacity to secure social rights is not matched by an equal increase in the responsibility of the EU to safeguard these rights.

Second: since the adoption of the Single European Act, economic integration within the EU has been invariably interpreted in the terms of free-market capitalism (while in principle open markets are not synonymous with free markets).

This has resulted in a radically liberal form of welfare provision: one marked by subordination of social policy to free-market policy priorities, a race to the bottom in social protection.

Overall the range and nature of the responsibility of public authority has changed, which has affected the style of governance. At both state and EU level, public authority is undertaking ever more action to enhance market efficiency (for the sake of global competitiveness), with dramatic increase in social risk, but this same public authority has ceased to assume responsibility for the generated risk. Rather than a retrenchment of the state, we have the new phenomenon of increase in the power of governing bodies (and their capacity to inflict social harm), while their responsibility for the social consequences of policy action decreases. This discrepancy between power and responsibility is damaging for societies, as the exercise of power becomes ever more autocratic, even if all rituals of democratic politics are meticulously performed.

Arguably, the discrepancy between power and responsibility should be eroding the authority of states, as Richard Sennett has argued. This, in turn, could be expected to trigger a legitimation crisis of the system, and massive revolts. Yet, no such crisis has so far ensued, apart from the wave of largely peaceful popular protests in the course of 2011-2012 whose main theme is resistance to the politics of austerity, rather than change of the political economy of Europe away from neoliberal capitalism.

The lack of legitimation crisis is due to substantive changes of the social contract (the legitimacy relationship) between public authority and citizens in Europe. Over the past twenty years, this relationship has been altered to exclude distributional issues from the range of political responsibility. Justifying neoliberal economic policy with the allegedly inevitable nature of globalization, public authority has effectively managed to redefine its relationship with citizens: market-regulative functions linked to the provision of social rights (such as wealth redistribution and guaranteed employment) have exited been withdrawn from this relationship.

Individuals are increasingly charged with responsibility for issues ranging from maintaining a healthy lifestyle, to protection of the environment, remaining employable, finding jobs and securing pensions. Thus, individual self-reliance has become one of the core elements of the social contract in the early twenty-first century. Such absolution of the state from its social responsibility is asserted even via measures explicitly intended to enhance social protection such as the newly adopted Charter on Shared Social Responsibilities of the Council of Europe. The charter urges actors (including the poor) to assume responsibility for their fate, as the states are “less able to fulfill their role of ensuring access to social protection” (as the preamble asserts). There is no legitimacy crisis of the system, no mass-scale revolts amidst the rampant economic crisis in advanced liberal democracies, because the very legitimacy relationship has been altered to exclude issues of social safety from the range of public authority’s responsibility. The grievances against austerity that are now being expressed in street protests and in voting booths are the grievances of distressed consumers; not of citizens demanding structural changes to the political economy of democratic capitalism.

The transfer of social responsibility to individuals means that issues of social justice exit withdraw from the legitimacy relationship, leave the agenda of public debate, and thus stand beyond the scope of political contestation. Public authority is free to cause social harm for which it does not assume responsibility, as the very same general publics that are suffering these effects has have absolved it from responsibility. Democratic, responsive power has thus granted legitimacy to irresponsible form of rule. The state—ever more powerful, ever less responsible—remains invariably legitimate.

CONCLUSION: FROM THE FOUR FREEDOMS TO THE FEAR OF FREEDOM

Curiosity is the single defining feature of the Europeans, as Don Juan has allegedly argued. The sense of purposeless, open-ended, experimentation and openness to the world underlies the vitality not only of European societies, but more largely of the Atlantic (“Western”) civilization.

The diktat of the free market has afflicted this civilization with general uncertainty, more perilous than the decried growing inequality. Uncertainty and anxiety breed fear of freedom that crushes curiosity and creativity: if you are focused on basic survival, or even if you are in the luxurious position of “just” fearing the loss of the livelihood you already have, you cannot afford to dream, to explore, take risks, embrace novelty. Six million unemployed young Europeans live without a sense of future. Some of them are joining extreme right movements. While the EU has been for years a boring technocratic project of synchronized, uniform, and innocuous production of steel and packaged chicken breasts, Europe is finally becoming interesting, but in a very dangerous way. I am dreaming of a boring Europe—where the freedom from want and fear can let us dream again. To achieve this, we need neither revive the old Welfare state that protected the jobs of some while condemning others to scarcity, nor a European Security Mechanism that enforces financial stability in disregard of the social cost, but a political economy of trust, that ensures a basic livelihood for all.