The following is part one of a post by Albena Azmanova, author of The Scandal of Reason: A Critical Theory of Political Judgment. We will post part two tomorrow. Azmanova will be speaking at The New School tonight at 6 pm.

“This almighty raison d’économie leaves no options: it is policymaking without politics, without ideological choices, it allows no alternatives”—Albena Azmanova 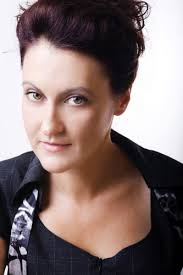 Judging by this poster advertising the play “Europe Today,” something is amiss in Europe.

The European Union’s fate has been, of late, rather more bewailed and bemoaned, than celebrated. The most ominous pronouncement of Europe’s sorry fate have centered on the rise of technocratic rule riding high on the will of markets in what Margaret Thatcher called the TINA logic (borrowing from Herbert Spenser)—There Is No Alternative. The emergency appointments by EU authorities of two heads of European governments (Lucas Papandreou in Greece and Mario Monti in Italy) in November 2011, and tasking the newly appointed leaders to enforce (rather than negotiate) policies of austerity in their countries, does add fresh credence to the idea.

We seem to thus have lost our basic right to politics—that is, to the reasoned contest among alternative ideas about the shape of our present and the contours of our future, sacrificing it at the altar of the hegemonic common-sense of free markets aided by bureaucracies, while altogether preserving the democratic institutional order.

THE MISSING CRISIS OF CAPITALISM AND THE “NEW DEAL”

What is the evidence that something is amiss in the nature of European politics? The broadly proclaimed, yet missing, crisis of capitalism can serve as an empirical entry point into a diagnosis of Europe’s current malaise. In the midst of the recent global financial meltdown, we have heard much emphatic talk about the crisis of capitalism. However, what narratives about this crisis tell us is no more than that the financialization of the economy has created a crisis for capitalism—some difficulties in the creation of profit (such as deficient credit) which have been by now been overcome. Moreover, these difficulties, and the social misery they have inflicted, have not triggered a crisis of the system’s legitimacy. “We are not against the system but the system is against us,”, announced a slogan of the indignados—the peaceful demonstrators that who occupied public spaces across Spain in the early summer of 2011. Yet this cry of protest is ambiguous—it is more an appeal to tame the system, make it more inclusive, rather than to subvert or overthrow it.

Like the protests of the Spanish indignados, the citizens’ outrage in Greece against the conditions that the EU and the IMF imposed for the financial bailout of the government, the Occupy Wall Street movements, and the looting that ravaged English cities – all in the summer and autumn of 2011 – have signaled a growing popular discontent with the outcomes of the socio-political system – mainly with the dramatically uneven allocation of wealth and increasing social exclusion. However, while these movements express, in their distinct ways, public frustration with the socio-economic system of neoliberal capitalism, they rarely put into question its validity or evoke an alternative. These calls are at their best appeals for ‘fixing’ the system and making it more inclusive, and, at their worst, – exasperated cries of frustration and fear. If democratic elections are any indicator of prevailing preferences, the most recent round of national elections in Europe have confirmed that capitalism has considerable popular support. In the midst of the rampant economic crisis, the vote in Europe has gone to the right;, support to left parties has been at a historic low, while support to xenophobic populism is rising.

Most importantly, what is absent is a broad societal, cross-ideological coalition of forces mobilizing to protect society from the market, similar to the counter-movement against free markets that Carl Polanyi, in his The Great Transformation, observed to be taking shape in the early twentieth century. At the time, a consensus between the left and the right emerged on the need to constrain markets, a consensus which propelled the post-war welfare states. Instead, we now have governments, irrespectively of their ideological allegiance, running to the rescue of financial capital and big business, and implementing austerity programs to reassure capital markets, while society bears this with relative equanimity, despite the increasing price it is paying in terms of cuts to social insurance, to basic services for the most disadvantaged, general impoverishment and growing precarity. Social frustration is, instead, directed mainly into xenophobia. How can this be explained?

While we have been busy debating the crisis of capitalism, capitalist democracy (as a system of social relations and political rules) has metamorphosed itself into a new form, which the most recent economic meltdown consolidated, but did not cause. This new form is marked by a “new deal”—a new social contract (or legitimacy relationship) between public authority and citizens, which enables a particular style of rule, which I will attempt now to elucidate. Before I proceed, let me clarify the concept of a legitimacy relationship between public authority and citizens, which will be a focal point in the subsequent analysis of Europe’s political health.

THE COUP D’ECONOMIE AND THE DICTATORSHIP OF THE FOUR FREEDOMS

Eastern Europe’s road to autocratic democracy is rather unsurprising. The story of Eastern Europe is the fate of nurturing capitalism within a non-liberal framework of politics (what Kant would characterize as a despotic forma regiminis). Here the features of the model emerge in three consecutive stages.

In the first stage, the collapse of the communist regimes in the late 1980s was marked by the disappearance of the left ideological perspective. At this early stage the strong presence of central public authority in the administration of society lost legitimacy, as this presence was deemed oppressive. With this, however, the social responsibilization of the state—that is, the responsibility of the state for securing social rights, also vanished.

The second stage, that of democratic transition immediately following the revolutions, was marked by elite-based political mobilization and personalistic form of policy-making, ultimately re-asserting the autocratic style of rule that had been characteristic of the old regime. Moreover, as the dissidents’ agenda of abstract human emancipation disappeared (together with the dissidents), economic liberalization rapidly took center-stage.

The third stage—that of democratic consolidation in the course of preparation for EU membership—consolidated the two features that had emerged previously: that of the autocratic style of policy-making and the hegemony of free-market ideology. On the one hand, the social and political reforms were driven by the blueprint of EU-membership conditionality and carried out by the political elites that were the key interlocutors to the Brussels administration. On the other hand, the socio-economic substance of the new social contract was dominated by the idea of free and open markets

The EU-membership requirements related to liberal constitutionalism—rule of law, independent judiciary, civil and political freedoms—were a powerful corrective to the autocratic style of politics in post-communist societies. However, this corrective was fragile and temporary.

How about the old democracies of Europe? At its inception in the 1950s, the European Union was engineered by means of technocratic measures for economic integration meant to secure peace and prosperity in Europe. However, by the 1980s, economic integration became a goal in itself. The Single European Act with which the single market was established in 1992 proclaimed to supreme rule of four freedoms—movement of goods, services, people and money. In contrast to the four freedoms Roosevelt spelt out in 1941 as the fundamental freedoms that people “everywhere in the world” ought to enjoy—freedom of speech, or worship, freedom from poverty and fear, no one is ready to die for the four freedoms of the EU. The creation of a single market of 500 million consumers might not be a bad thing. However, because EU law takes supremacy over national law and invalidates any regulation that interferes with the four economic freedoms, the EU has become a boring, but terrible, Leviathan—a monster that can make the cucumbers straight, but will also submit its denizens’ life to the competitive production of cucumbers.

Thus, without becoming a state, the EU has acquired a powerful raison d’état—ultimate, self-justifying reasons for action. As the EU is committed exclusively to economic integration, it a raison d’économie that serves as a raison d’état—economic rationality trumps all other considerations. It is this raison d’économie that forced EU citizens to fork up 4.3 trillion euros between 2008 and 2011 to bail out failing banks. We are told that without this, the euro fails, and without the euro—the common market fails. This almighty raison d’économie leaves no options: it is policymaking without politics, without ideological choices, it allows no alternatives.

The policies that are now being put in place to save the euro—from bailing out banks with public money, to cuts to basic social services, and rebuilding EU as a closer federal union around a fiscal discipline pact (no monetary federation without a budgetary federation, we are told)—all this amounts to a coup d’économie—a form of a coup d’état that eliminates politics. We are all trapped in the straightjacket of Europe turned into a free market that has to operate no matter what the social cost.