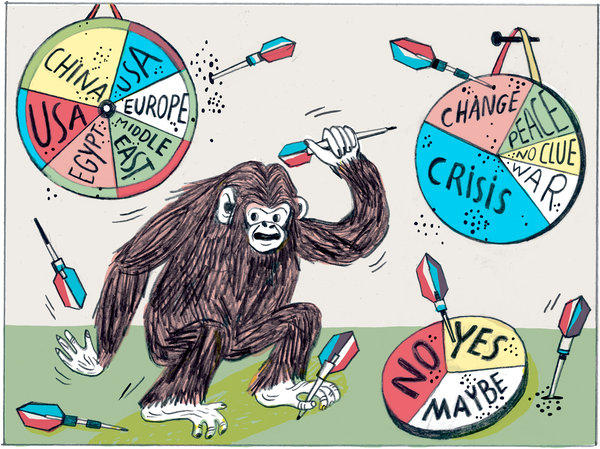 “It’s an open secret in my discipline: in terms of accurate political predictions (the field’s benchmark for what counts as science), my colleagues have failed spectacularly and wasted colossal amounts of time and money.” — Jacqueline Stevens

This past Sunday, The New York Times published “Political Scientists Are Lousy Forecasters,” an opinion article by Jacqueline Stevens, professor of political science at Northwestern University and the author of States Without Nations: Citizenship for Mortals. In this article, Professor Stevens addresses the anger in the academic political science community about the recent amendment to a bill passed by the House of Representatives which will eliminate National Science Foundation Grants for political scientists. While Professor Stevens does believe that political scientists make important public contributions, she claims that she has found the N.S.F.-funded research done by political scientists troubling for decades: “he government — disproportionately — supports research that is amenable to statistical analyses and models even though everyone knows the clean equations mask messy realities that contrived data sets and assumptions don’t, and can’t, capture.”

The problem, as Professor Stevens sees it, is a simple one: because it is nearly impossible to predict political events, political scientists have a bad track record in predicting important events and trends.

It’s an open secret in my discipline: in terms of accurate political predictions (the field’s benchmark for what counts as science), my colleagues have failed spectacularly and wasted colossal amounts of time and money. The most obvious example may be political scientists’ insistence, during the cold war, that the Soviet Union would persist as a nuclear threat to the United States. In 1993, in the journal International Security, for example, the cold war historian John Lewis Gaddis wrote that the demise of the Soviet Union was “of such importance that no approach to the study of international relations claiming both foresight and competence should have failed to see it coming.” And yet, he noted, “None actually did so.” Careers were made, prizes awarded and millions of research dollars distributed to international relations experts, even though Nancy Reagan’s astrologer may have had superior forecasting skills.

Equally troubling for Professor Stevens is that the money provided for these political predictions is often tainted by ideologies:

Political prognosticators fare just as poorly on domestic politics. In a peer-reviewed journal, the political scientist Morris P. Fiorina wrote that “we seem to have settled into a persistent pattern of divided government” — of Republican presidents and Democratic Congresses. Professor Fiorina’s ideas, which synced nicely with the conventional wisdom at the time, appeared in an article in 1992 — just before the Democrat Bill Clinton’s presidential victory and the Republican 1994 takeover of the House.

Alas, little has changed. Did any prominent N.S.F.-financed researchers predict that an organization like Al Qaeda would change global and domestic politics for at least a generation? Nope. Or that the Arab Spring would overthrow leaders in Egypt, Libya and Tunisia? No, again. What about proposals for research into questions that might favor Democratic politics and that political scientists seeking N.S.F. financing do not ask — perhaps, one colleague suggests, because N.S.F. program officers discourage them? Why are my colleagues kowtowing to Congress for research money that comes with ideological strings attached?

Professor Stevens points to an important study of political experts as evidence for political science’s lack of predictive success:

How do we know that these examples aren’t atypical cherries picked by a political theorist munching sour grapes? Because in the 1980s, the political psychologist Philip E. Tetlock began systematically quizzing 284 political experts — most of whom were political science Ph.D.’s — on dozens of basic questions, like whether a country would go to war, leave NATO or change its boundaries or a political leader would remain in office. His book “Expert Political Judgment: How Good Is It? How Can We Know?” won the A.P.S.A.’s prize for the best book published on government, politics or international affairs.

Professor Tetlock’s main finding? Chimps randomly throwing darts at the possible outcomes would have done almost as well as the experts.

While she is opposed to the continuation of N.S.F. grants in particular, Professor Stevens makes it clear in the conclusion of her article that she is not opposed to governmental support for political scientists:

Government can — and should — assist political scientists, especially those who use history and theory to explain shifting political contexts, challenge our intuitions and help us see beyond daily newspaper headlines. Research aimed at political prediction is doomed to fail. At least if the idea is to predict more accurately than a dart-throwing chimp.

To shield research from disciplinary biases of the moment, the government should finance scholars through a lottery: anyone with a political science Ph.D. and a defensible budget could apply for grants at different financing levels. And of course government needs to finance graduate student studies and thorough demographic, political and economic data collection. I look forward to seeing what happens to my discipline and politics more generally once we stop mistaking probability studies and statistical significance for knowledge.