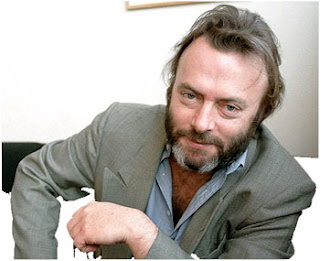 Last week brought the very sad news of Christopher Hitchens’s passing after a struggle with cancer. We were fortunate enough to have been able to include some of his writing in The Best American Magazine Writing series. In 2007, his piece “The Vietnam Syndrome” was included in the collection while in 2008, his article “So Many Men’s Rooms, So Little Time,” was selected.

The 2011 edition includes his essay “Unanswerable Prayers,” in which Hitchens discusses his illness and the reactions of friends and those perhaps not-so-friendly. In the following excerpt from the piece, Hitchens talks about how the illness has affected, or better stated, has not affected his lifelong skepticism about religion and the belief in God:

An enormous number of secular and atheist friends have told me encouraging and flattering things like: “If anyone can beat this, you can”; “Cancer has no chance against someone like you”; “We know you can vanquish this.” On bad days, and even on better ones, such exhortations can have a vaguely depressing effect. If I check out, I’ll be letting all these comrades down. A different secular problem also occurs to me: what if I pulled through and the pious faction contentedly claimed that their prayers had been answered? That would somehow be irritating….

Pursuing the prayer thread through the labyrinth of the web, I eventually found a bizarre “Place Bets” video. This invites potential punters to put money on whether I will repudiate my atheism and embrace religion by a certain date or continue to affirm unbelief and take the hellish consequences. This isn’t, perhaps, as cheap or as nasty as it may sound. One of Christianity’s most cerebral defenders, Blaise Pascal, reduced the essentials to a wager as far back as the seventeenth century. Put your faith in the almighty, he proposed, and you stand to gain everything. Decline the heavenly offer and you lose everything if the coin falls the other way. (Some philosophers also call this Pascal’s Gambit.)

Ingenious though the full reasoning of his essay may be—he was one of the founders of probability theory—Pascal assumes both a cynical god and an abjectly opportunist human being. Suppose I ditch the principles I have held for a lifetime, in the hope of gaining favor at the last minute? I hope and trust that no serious person would be at all impressed by such a hucksterish choice. Meanwhile, the god who would reward cowardice and dishonesty and punish irreconcilable doubt is among the many gods in which (whom?) I do not believe. I don’t mean to be churlish about any kind intentions, but when September 20 comes, please do not trouble deaf heaven with your bootless cries. Unless, of course, it makes you feel better.