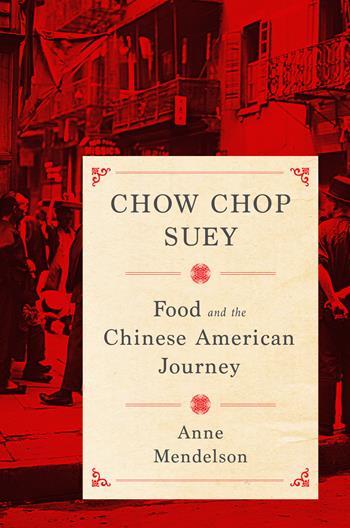 “Forty years after the Johnson-Reed Act had slammed the door on immigration from most of the world, people had generally stopped expecting further chapters to unfold in the story of immigrant cooking. Not even culinary snobs had reason to suppose that the new law [the Immigration and Naturalization Act of 1965] would ever affect anybody’s ideas of what to have for dinner in Minneapolis, Tallahassee, Boise, Spokane, Houston, or New York.” — Anne Mendelson

This week, our featured book is Chow Chop Suey: Food and the Chinese American Journey, by Anne Mendelson. To start the week’s feature off, we are happy to present an excerpt from the book’s prologue.