Every year publishers from around the world descend on the Javits Center in New York City for Book Expo America to promote their new titles. To lure visitors to their booths, publishers will try a variety of incentives ranging from free books and tote bags to pens and author autographs.

This year, at booth 1538, we’re trying something new. To help promote the recently published The Insect Cookbook: Food for a Sustainable Planet we’ll be handing out Chapul Cricket Bars. As explained on their site, Chapul “has a simple goal – to build a more sustainable future by introducing incredibly efficient insect protein in a delicious, organic product…our tasty Chapul bars.” 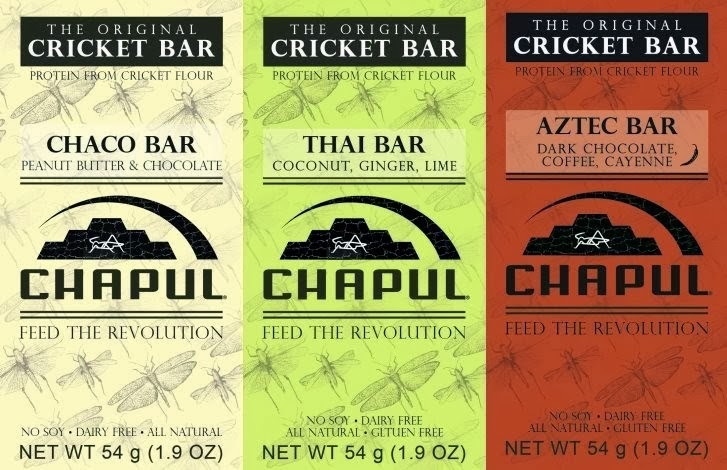 As explained in the following excerpt from The Insect Cookbook, Kofi Annan and others have extolled the virtues of eating insects for their nutritional value and as a more sustainable alternative than meat.

Indeed, eating insects has begun to catch on. As reported in Fine Dining Lovers, the Guardian, and the New York Times, eating insects is catching on in gourmet French restaurants and elsewhere—so don’t miss out!