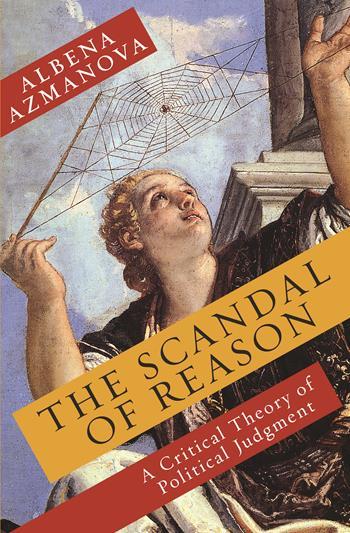 The following is a guest post from Albena Azmanova, author of The Scandal of Reason: A Critical Theory of Political Judgment:

Awarding Bob Dylan the Nobel Prize for literature was an excellent idea – to give him the opportunity to turn it down.

The commotion around Bob Dylan’s winning the Nobel Prize for literature has been centered on whether the literary merits of his art justified the Nobel committee’s choice. As Peter Godwin put it, ‘judged purely on their literary merit, other American contenders, Philip Roth and Don DeLillo for example, are, I think, more deserving candidates.” However, as he grudgingly admits, “Nobel committee members were within their rubric to consider Dylan’s oeuvre. And some of his lyrics, at their best, do enter the literary realm’. The psychedelic humanism of ‘Sad Eyes Lady of the Lowlands’ might not be to everybody’s taste. But those who only reluctantly endorse the surprising choice of the Nobel committee overlook an important point — the criteria for the prize go beyond literary merit, they require also a ‘strong idealistic dimension’, and ‘benefit to humanity’. Here, few measure up to Dylan’s oeuvre (“A Hard Rain’s Gonna Fall’, ‘Blowin in the Wind’) and the place it held in the anti-war and civil-rights battles of the 60s and 70s.

The No camp extended its objections to the impact of the award on society, as an NYT editorial alleged that “When the Nobel committee gives the literature prize to a musician, it misses the opportunity to honor a writer”. Driven by a concern with the decline in reading in general, the author notes that failing to give the award to a ‘real’ writer results in a failure to boost much-needed sales of good literature. Moreover, it is also a missed opportunity to properly educate the young, the argument goes: the young listen and watch, they don’t read, the Nobel committee’s choice of a writer who delivers his/her work via music seems to encourage the process of destruction of the literary form.

These lamentations contain two dangerous implications that need to be openly refuted. First: the reproach that an award for literature is given to a musician is afflicted by a reverence to professionalization which has done much damage to creativity in the arts and sciences. Second, the regrets about the Nobel Committee’s missing the opportunity to educate the young contain the presupposition that a private body with a specialized mandate (as is the Nobel Foundation), should go beyond, and maybe against its mandate to take care of something that is not it’s business to determine – the public good. Thankfully, the Nobel Committee understands that it is neither its prerogative nor its duty to steer policy and fix social problems, but to reward achievement according to a limited, be it not very clear, set of standards. And so it has done its job competently and independently of the prejudices of public opinion when bestowing the Prize for literature on Bob Dylan.

Yet Dylan should refuse the magnanimous prize for two solid reasons. The first is consistency to the dislike he has expressed to veneration. “I was sick of the way my lyrics had been extrapolated, their meanings subverted into polemics and that I had been anointed as the Big Bubba of Rebellion, High Priest of Protest, the Czar of Dissent, the Duke of Disobedience, Leader of the Freeloaders, Kaiser of Apostasy, Archbishop of Anarchy, the Big Cheese,” he writes in his memoir (Chronicles: Volume One).

Second, and more importantly: the very idea of an arms manufacturer (as Alfred Nobel was), bestowing awards on people who confer the “greatest benefit on mankind” is sardonic, and acutely so in the case of Dylan – the prominent anti-war voice of a whole generation. The prize should be boycotted by those to whom it is offered, if they do believe their works to be of benefit to mankind. Otherwise they become complicit with the ‘merchant of death’, as Alfred Nobel was described in an obituary erroneously issued while he was alive. The argument that money does not smell might be logically sound but it is ethically rotten.

After a pregnant spell of silence, Bob Dylan has reportedly committed to attending the ceremony in December. There is still hope that he might refuse and publicly renounce the prize. Preferably with a song titled “Trinkets from the Merchant of Death – No Thanks.”