Happy International Women’s Day!* In celebration of women, we’ve listed a few feminist titles that might interest you, reader. This short selection highlights a few gender studies classics, biographies, and a book about Indian surrogate mothers.

Please use the online code IWD2016 for 30% off Columbia University Press books this week!

A classic first published in the Eighties. “Scott, a renowned feminist historian, critiques women’s history and gender inequality. Exploring topics ranging from language and gender to the politics of work and family, Gender and the Politics of History is a crucial interrogation of the uses of gender as a tool for cultural and historical analysis.”

Emperor Wu Zhao and Her Pantheon of Devis, Divinities, and Dynastic Mothers

Emperor Wu Zhao, better known as Empress Wu, “is the only woman to have ruled China as emperor over the course of its 5,000-year history. How did she—in a predominantly patriarchal and androcentric society—ascend the dragon throne?” She was first the emperor’s concubine, and after he died, she rose to power. This book shows how Empress Wu used religion to cement her political power. The backlash she faced during her reign remains strikingly similar to contemporary criticism of powerful women for being “too promiscuous” or “unfeminine.” Despite the specialized topic, Rothschild writes an entertaining history of a fascinating figure.

A sensation upon its publication in 1970, Sexual Politics documents the subjugation of women in great literature and art. Kate Millett builds a damning profile of literature’s patriarchal myths and their extension into psychology, philosophy, and politics. This new edition features Catharine A. MacKinnon and Rebecca Mead on the importance of Millett’s work to challenging the complacency currently sidelining feminism. Read the afterword by Rebecca Mead here.

In the Beginning, Woman Was the Sun
By Hiratsuka Raicho
Translated by Teruko Craig

Raicho Hiratsuka (1886-1971) was the most influential figure in Japan’s early women’s movement. In the Beginning, Woman Was the Sun is Raicho Hiratsuka’s autobiography, recounting her rebellion against the strict social codes of the time. Hiratsuka came from an upper-middle class Tokyo family, and her restless quest for truth led to intensive Zen training at Japan Women’s College. After graduation, she gained brief notoriety for her affair with a married writer but quickly established herself as a brilliant and articulate leader of feminist causes. This richly detailed memoir presents a woman who was at once idealistic and elitist, fearless and vain, and a perceptive observer of society. 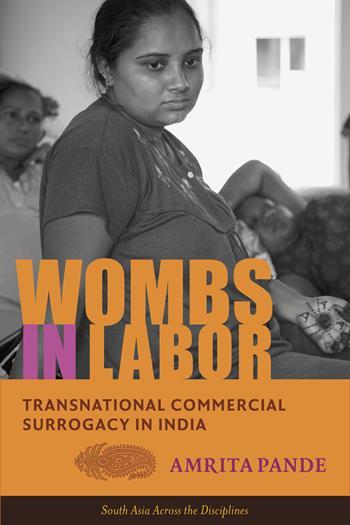 Wombs in Labor
By Amrita Pande

In India, surrogacy is estimated now to be a $445-million-a-year business. Western couples, hoping to have a kid of their own, largely ignorant of the realities of Indian surrogacy, fund the industry. The reality of commercial surrogacy is grim. Pregnant women share crowded homes, lying in rows for medical exams. Amrita Pande visits clinics, lives in surrogacy hostels, and speaks with surrogates, their families, clients, doctors, brokers, and hostel matrons to capture the full mechanics of this burgeoning business and the experiences of the laborers within it. Pande’s book sensitively explores this complex phenomenon and envisions an international model of fair-trade surrogacy.

*In the midst of discussing this blogpost with colleagues, I learned from our Russian Library editor and sales and marketing assistant that this holiday is originally a communist one. Happy International Women’s Day nonetheless.