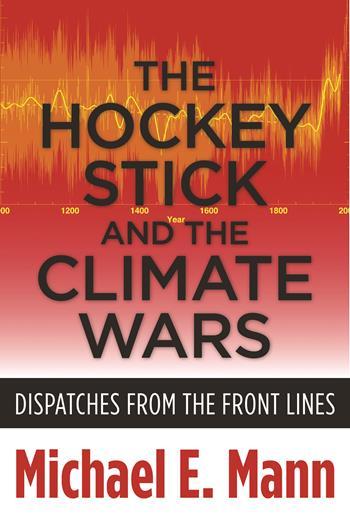 “Let’s end the McCarthy-like assault on science led by the Lamar Smiths of the world. Our nation is better than that.”—Michael Mann, New York Times

Yesterday, we linked to Michael Mann’s important op-ed in the New York Times on social media but also wanted to feature it here on our blog. In his piece, The Assault on Climate Science, Mann describes the recent efforts of Lamar Smith, the Texas Republican who is chairman of the House Committee on Science, Space and Technology, to challenge and obfuscate the findings of scientists regarding climate change. Smith, a climate-change-denier, has “issued various subpoenas to Kathryn D. Sullivan, the administrator of the National Oceanic and Atmospheric Administration, demanding all internal notes, emails and correspondence concerning a study its scientists published in the journal Science.” As Mann argues that while Smith is entitled to ask for all pertinent scientific data and findings — and should do so — asking for correspondence between scientists risks the confidentiality that is crucial for frank discourse.

As Mann points out, this kind of intimidation of scientists is not new — Mann himself was the victim of it in 2005. At the time, many politicians — both Republicans and Democrats — came to his defense. The picture in 2015 is far bleaker as Republicans have done nothing to rein in the actions of Lamar Smith.

While there is no doubt climate change is real and caused by humans, there is absolutely a debate to be had about the details of climate policy, and there are prominent Republicans participating constructively in that discourse. Let’s hear more from these sensible voices. And let’s end the McCarthy-like assault on science led by the Lamar Smiths of the world. Our nation is better than that.