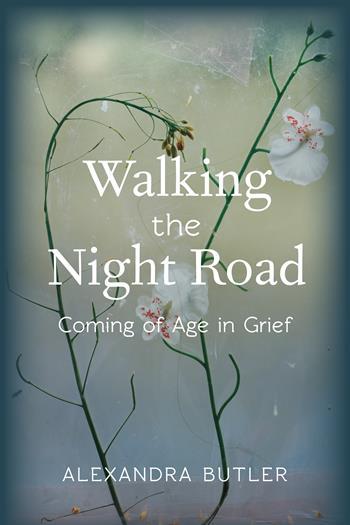 “I uncovered memories that would become well worn over that year. I thought about his sunniness, how he could be merry on the surface even when he was suffering. I remembered rituals I had not always perceived as rituals, the fact that he would sit me on the sink when I was small so I could help him shave.” — Alexandra Butler

With my father’s death I felt as if I’d lost her again. The first year, they were these two wraiths standing before me and blocking my view almost to the point of blindness. I imagined—I dreamed—whatever it was I spent all that year doing—my mother as transparent, my father as opaque. She had let a great deal of her connection to me go. He could not. Or maybe it was I who could not. I felt we were one another’s captives. We had found our love too late. And lost it too soon. At first it had seemed right to imagine her as free, and imagine my father as regretful. Yet the more I stared into the memory of them, the more their identities started to unravel.

He still had the presence of a house cat, curled up on every chair. I felt certain he had been his truest self the last years of his life. And that made me long for the years that I had missed of being close to him. Years where he could have influenced me, influenced who I would become.

I realized how closed off I had always been to my father. As far back as I had memory I had believed he had nothing to offer. It had never occurred to me that I was just as much his child as hers, just as likely to inherit his traits as to inherit hers. Yet she had made me believe I was a facsimile of her.

Now I understood for the first time how much I had in common with my father, this man who had been described by my mother as alien to her and me. If she had let me be, I might have been like him, might have been better. I began to look back at different periods of my life and imagine them improved by my turning to him instead of always to her. She had stolen him from me.

I uncovered memories that would become well worn over that year. I thought about his sunniness, how he could be merry on the surface even when he was suffering. I remembered rituals I had not always perceived as rituals, the fact that he would sit me on the sink when I was small so I could help him shave.

The Nantucket Reds war was six years long over a pair of salmon shorts. These shorts were a gift from a friend my father stayed with in Nantucket. Now you are a local, he had said. My father loved that sort of talk. But he was not a local, not even when he was at home. He was a nerd from another planet wearing a beret in Paris that read “Paris.” My mother hated those Nantucket Reds, but when she dropped them in the trash, he would pull them out.

There were the endless rounds of tickle monster that we played, chasing one another through the house. He would come prancing toward me, lifting his knees high, jutting his chin out, and baring his teeth, the cartoon villain.

I would go with him to get his hair cut on 113th Street by Columbia from a lady named Ricky. In our swivel chairs beaming at each other, Dad would rave to me about how Ricky was the greatest barber in the world. Not hyperbole, he truly believed that about well over half the people he knew. He considered it simply good luck that he seemed to meet the most talented people in the world. I realized the good luck was his good humor and that the way he saw the world was the way he made it.

I remembered his impersonations and his characters that he invented through the years. There was Squeako the Pig with a voice you can imagine.

I recalled how he and I used to tape the show That’s Entertainment, practice the dance moves, and invent routines. I danced on his feet so he would not step on mine.

He was constantly working, and yet if I needed him, it required a simple tug of his sleeve. He would drop everything and give me his full attention. He was so happily pulled out of concentrated work and just as easily reabsorbed. He could work in a place pulsing with life. He could breeze in and out of the fray. His work and life were seamlessly interconnected. He never took a day completely off. This drove my mother crazy, but not, I think, for the reason she said. I think it drove her crazy because she longed to be the same.

That year he came to me in little motion pictures that could pull me out of wherever I was. There he was padding around our apartment on a Sunday, wearing one in a rotating line of kimonos from a Japanese airline’s business class. He would spend hours in his chair, one leg crossed over the other, his glasses on a cord around his neck getting tangled in his shirt. He is so deep in a book only his ears are visible; a half-eaten package of saltines is on his lap.

Later on he will be in the kitchen by the phone trying to decide between Shun Lee and his homemade spaghetti. He will burn the spaghetti and set off the smoke detector, which he’ll take down from the ceiling before cracking the window to get rid of the smoke.

Sometimes I can almost hear his voice. That vocal spectrum that could range from booming to falsetto and hit both extremes inside one sentence. He was funny. There was not one suit in the entire world that fit that man, those narrow, sloping shoulders, the barrel chest, the knock-kneed legs. And yet he was dashing, one of the most handsome fathers in the world.

I would watch him on TV in an interview, one pant leg ridden up, exposing a kneesock that, having aborted its mission, now clung midcalf and clumped about his ankle. There was not a speck of concern about judgment or rejection. He was always certain the world would love him back.

That was why she had been so mad at him. She wanted that. We all deserve that. He ate life in big triumphant gulps, while she merely nibbled at the edge of some giant dreams she never did go for. She had always taken credit for bringing the family together after her intrusion. Now that did not seem as real to me after watching everybody shuffle during her illness, after her death, after Dad’s death. Cindy once said when we were fighting over our father’s love long after he had died, I could have hated you but I didn’t. You were my first child. Our relationship is indefinable. I feel so many things for you that I can’t even explain them, but the greatest one is love.

Dad once described my mother as having a bell in her voice. I don’t know if he pulled that from a book. Why did that bell not ring for me anymore? Why could I turn only to my father now that they were both gone? My need for him was so profound, more profound even than I had ever had for her. Because it was the ache of a parent lost long before he was found and then lost again.