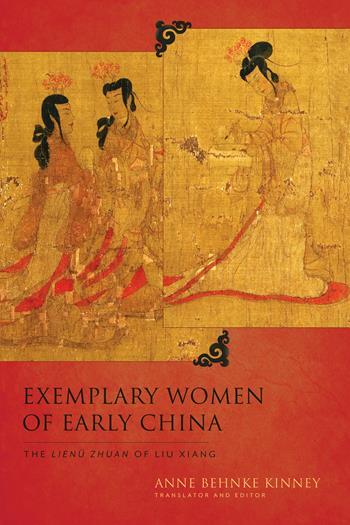 “Referring to the prevailing concept of the ruler as fulfilling a parental role, ‘How indeed,’ [the Emperor] asked when contemplating the cruelty of corporal punishment, ‘can I be called the father and mother of the people?’ He then declared, ‘Let the corporal punishments be abolished!'” — Anne Behnke Kinney

The following is a guest post from Anne Behnke Kinney, author of Exemplary Women of Early China: The Lienü zhuan of Liu Xiang:

If Fathers’ Day cards are any indication of how Americans idealize the father-daughter bond, we honor our fathers as wise, strong, and encouraging, extolling these virtues in verses set against images of golf clubs, neckties, and for some reason, mallard ducks. The cards are purchased by sons and daughters alike. But in early China, daughters were afforded a status well beneath their brothers because, as females, they could not carry on the family line or the sacrifices necessary to nurture ancestors in the other world. Daughters were also sequestered and generally did not appear in public or perform any functions outside the home. Around 167 BCE, one father, who had fallen into serious legal trouble and faced one of the “mutilating punishments” (including castration, or having hands, nose or feet chopped off), cursed his daughters, saying, “Though I have children, I have no sons, and in times of trouble, you are utterly useless!” (Exemplary Women, 133). But this man’s daughter, Chunyu Tiying, proved him wrong. She composed a brilliant defense of her father and a critique of the criminal justice system. When she submitted it to the emperor, he not only released her father but also changed the nation’s laws on corporal punishment.

Brought to the realization that his laws were inhumane, the emperor issued an edict in which he admitted to being deeply ashamed of the law. Referring to the prevailing concept of the ruler as fulfilling a parental role, “How indeed,” he asked when contemplating the cruelty of corporal punishment, “can I be called the father and mother of the people?” He then declared, “Let the corporal punishments be abolished!”

This story serves to remind fathers and daughters alike how the strength of this bond can transcend gender and status. It also shows how a daughter’s love and concern for her father, when extended to a nation at large, makes the world a better place for everyone.