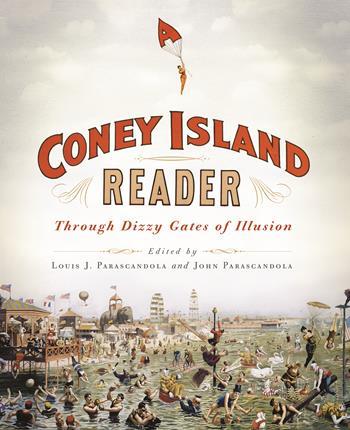 With summer just around the corner, we thought we would devote this week’s fiction corner to one of the season’s icons: Coney Island. Specifically, here is Colson Whitehead’s very particular take on the neighborhood and the beach, which was included in the recently published A Coney Island Reader: Through Dizzy Gates of Illusion, edited by Louis J. Parascandola and John Parascandola.

Whitehead’s essay “Coney Island,” gives a stream-of-consciousness account of a typical day looking at both the good and the bad, and of course, screaming on the Cyclone. Whitehead writes:

A rollercoaster is your mind trying to reconcile two contradictory propositions. Earth and space, cement and air, city and sea. Life and death. Choose quickly. The city and the sea don’t get along, never have. Two trash-talking combatants, two old bitter foes.