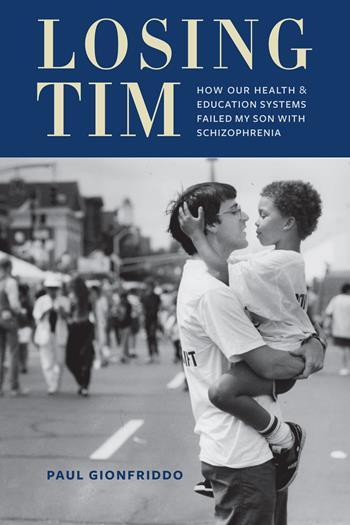 The following is a post by Paul Gionfriddo, President/CEO of Mental Health America and the author of Losing Tim: How Our Health and Education Systems Failed My Son with Schizophrenia, originally published on Mental Health America. In the post, Gionfriddo argues for the importance of early detection and treatment of mental illness:

During my first hundred days at Mental Health America, I have frequently made the case that mental health policymakers and practitioners are too often mired in “Stage 4” thinking when they think about serious mental illnesses.

Here’s what I mean—they use an “imminent danger to self or others” as a standard for determining who gets care. That near-death time typically only comes during the latest stages of a chronic disease process, or Stage 4.

There are several dangers in using such a standard. The first is that it furthers the myth that mental illness causes violence. The second is that it leads to the over-incarceration of people with mental illnesses. The third – and perhaps most dangerous – is that it deflects our attention away from intervening early in the disease process, when we can do the most good and get the best results.

We don’t treat any other chronic diseases this way. Imagine the outcry if we waited until Stage 4 to treat cancers, cardiovascular diseases, or diabetes!

I haven’t come across anyone who thinks there’s a clinical basis for using the “imminent danger to self or others standard” to determine eligibility for care. But this hasn’t stopped us from using it for decades.

At Mental Health America, we believe that it is past time for investing heavily in early identification and intervention. That’s one of the reasons we launched a new mental health screening program this year, with screening tools available on our website or at www.mhascreening.org.

And we’re pretty sure that people agree with us. After all, in just four months, the first 100,000 screens will have been taken, typically by people who are experiencing early symptoms of what may become over time severe depression, anxiety, or bipolar disorder.

They’re concerned about their mental health now, and so are we.

And they don’t want to wait ten years or more, and be forced to progress to Stage 4, for everyone else to take notice.

Tags:Losing Tim: How Our Health and Education Systems Failed My Son with SchizophreniaMental HealthPaul Gionfriddo