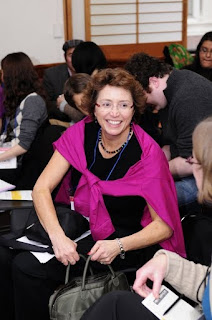 In her discussion with Patricia Park, Jennifer discusses the criteria for what the Press decides to publish, the review process, as well as some of the challenges of publishing North Korean literature. Here is Jennifer on what she looks for in a manuscript:

I am looking for fiction whose author is highly respected both in Korea and by scholars who teach Korean literature in the United States, and for work that will appeal to college students and that could be assigned in Korean literature or history courses in the US. For example, work that depicts life during a particular time in Korean history–the colonial period for example (Yi T’aejun’s Eastern Sentiments is one example from our list), or whose characters are dealing with a traumatic event in Korean history (for example Park Wan-shu’s Who Ate Up All the Shinga?, or a novel by Sok-pom Kim, written in Japanese by an author of Korean descent, called The Curious Tale of Mandogi’s Ghost, about the Four-Three Incident of 1948). These books are often used to help teach history.