Mr Joyce is writing a new book, installments of which have appeared in some of the reviews. He has just finished another section of it and has left it with me to dispose of as I have charge of such matters for him. It consists of four consecutive parts and there are from 30000 to 34000 words in all, 115 pages of typescript, commercial size. A certain review has made Mr Joyce an offer for it but I do not think it is a suitable place for his work nor the price offered sufficient for a thing that has taken him so long to write and is the finest piece of writing he has done. I should be very glad to give it to you for The Dial if The Dial would care to have it. Your review occupies the highest place among reviewers and is the most appropriate one to bring out Mr Joyce’s work. What would you offer for the exclusive rights in America and Europe to publish this section?

I hope that your work on The Dial leaves you time for your poetry of which I am a great admirer. Are you bringing out another volume soon? 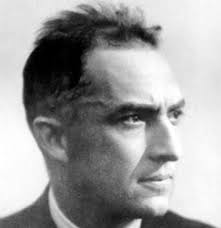 You have a right to feel awfully down on me for the way I have treated your MS. It is such a fine piece of your work, and I didn’t deserve to have it entrusted to me. I should have written to tell you that I have received it and would arrange about its publication over here, and all this time you have been left without a work. It is quite unforgivable. Adrienne was ill at the time I got the MS., and since then we have had an unbroken series of what they would call “emmerdements” ranging from a felon on my thumb and a finger cut off in the door of the car to the dog nearly dying with typhus; and Adrienne after an abscess in her tooth is now being slowly cured of a “dilatation d’estomac” which we hope will wind up the series, but I know I should have attended to the MS. in spite of all that. You do everything under far greater difficulties, I am sure. I love your “Novelette”, and am going to see what is the best arrangement for its publication after it appears in Transition. Jolas was very much pleased to hear that Transition could bring it out and said it would appear in the one after this. For the publication in book form, I will see the Crosbys of the Black Sun Press about it. Unfortunately Harry Crosby seems to be going in for aviation mostly for the present, and a great deal of the funds that might be used for publishing must going in to flying now. I will see them and let you know. They would be the best ones, if they have the disponibilités.

I am sending you the last two copies of “The Great American Novel” that I have left. Collectors in the United States are giving anything to get copies, I am told. The book is very rare and is likely to go up more and more. Will you please settle up with Bill Bird for them. He supplied them to me on sale.

Please scold me all I deserve. I am really very sorry to have been so remiss towards one I admire so much.

Give my love to Florence (if she will accept it now.)