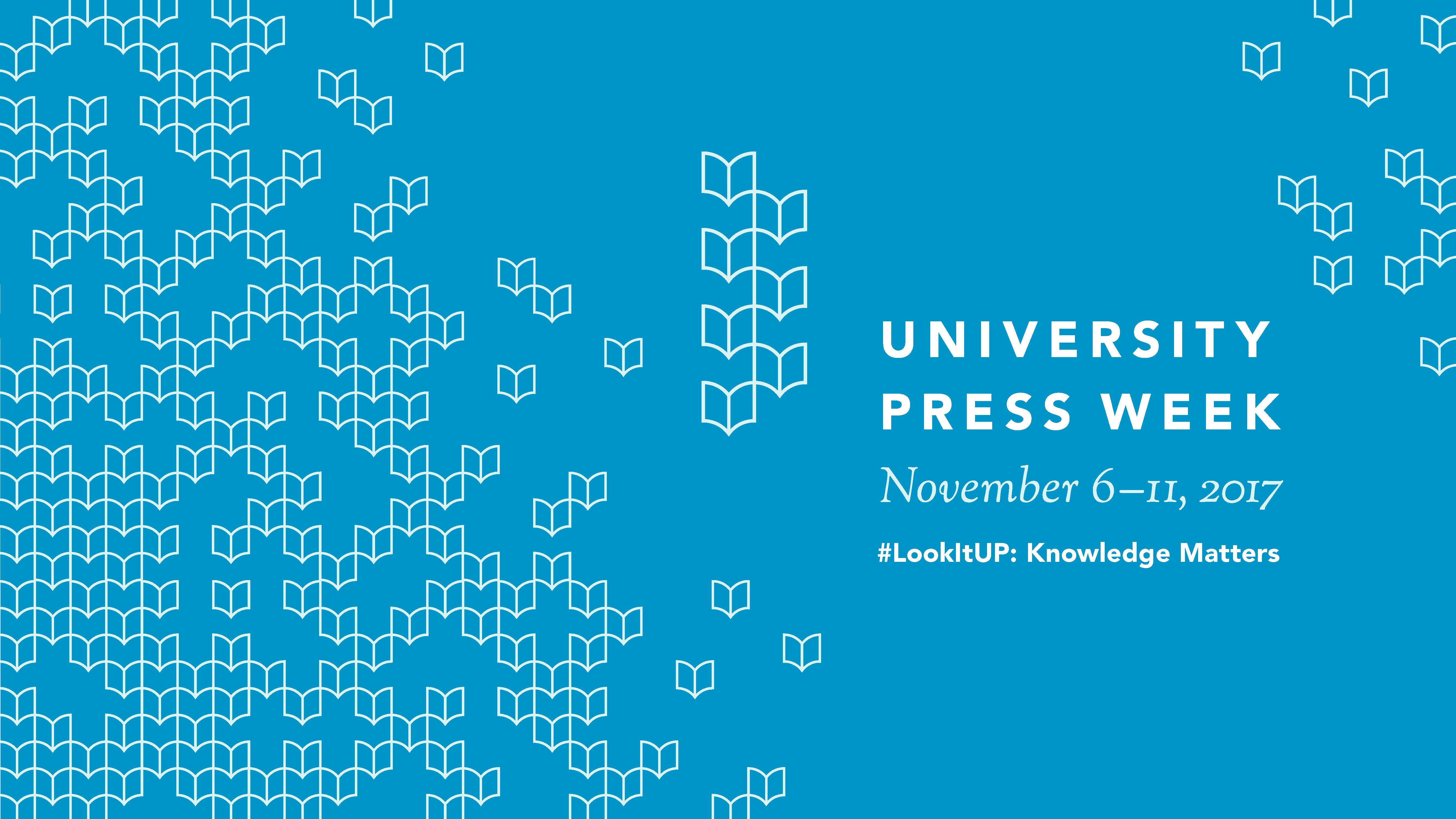 It’s the second day of University Press Week 2017, and, even though we here at Columbia University Press have the day off for Election Day, we’re excited to be participating in the annual #UPWeek blog tour! Today’s theme is “Selling the Facts,” an opportunity for booksellers and sales representatives to talk about selling books as a form of activism. We are fortunate to have a great post from the Northeast Sales Representative for the Columbia UP Sales Consortium, Conor Broughan, on his experiences making sales calls during the election season of 2016 and what they taught him about the role of University Press books in the world. #ReadUP!

A Field Guide to Engaging with the World Through Bookstores

Two years ago, when I interviewed for the sales rep position at the Columbia University Press Sales Consortium, my boss explained the general outline of how a sales rep operates. The first half of the conversation concerned the face-to-face meetings with buyers at independent bookstores in the territory, selling the seasonal catalogues for our fourteen presses twice a year. He explained Edelweiss and the growing importance of online catalogues and how reps spend a good portion of their home-office time preparing for each season by creating detailed online markups for buyers. I couldn’t help but ask my future boss, “So if the online catalogues are so useful and necessary now, what’s the point of a sales rep? Why chew massive holes into the budget with travel expenses when an online catalogue says it all with the click of a button?”

Self-sabotaging as it sounds, the question was and still is a good one. Everything happens online these days, so why bother traveling across the country to see anyone face to face? There was a short delay on the other end. Where to begin to explaining how important it is to sit down with a real-life human being and have a conversation? A conversation about forthcoming books or books from past seasons that have over- or underperformed; a conversation about where to shelve a book, how best to display it, and how to handsell it; a conversation about the bookstore and how it’s doing and about bookstores in general; and, inevitably, a conversation about politics: how the politics of a particular book will work in a particular store or, more often, a venting of how we’ll get through another day as rational people in this new irrational version of America. My boss, though, had a much shorter answer. Traveling to a store to see a buyer, he said, is our chance to make real contact with the booksellers. It’s an opportunity to stay engaged.

It took a season or two out in the field for those words to become concrete for me. Appointments at accounts of all sizes and shapes have become more crucial as the publishing world, and certainly the university-press world, changes. New distribution, different representation, modified discount schedules: the list of changes goes on and on. The moment I have it all figured out, something changes. How can we expect buyers to keep track? The bulk of any sales call is spent between the covers of the catalogues, but more and more the logistics of how to actually order and receive those books takes precedent. However, after the election last November, sales calls took on a new role. More than an opportunity to stay engaged with the bookstores, after the election as buyers came to see their meetings with university presses as opportunities to help their customers engage in our current existential—to put it mildly—moment.

Back in June 2016, those innocent days, I sat down for a meeting at a New York bookstore, and eventually discussing a book led to the inevitable conversation about how crazy-making, absurd, and outrageous the election had become. A spectacle. An embarrassment. The buyer had just met with the store’s owner to discuss whether they should bring in books with Trump’s name on them. Not just books by Trump but books about him, even those that satirized him. The argument was between giving a bully a pulpit or ignoring a genuine phenomenon. At that quaint moment in time before the convention and “American carnage,” before the debates and Access Hollywood tapes, before the debasement of our political institutions, the buyer said he had no interest in ordering Trump-related titles. The buyer didn’t want to give Trump more space or nudge other books from a display just to further boost his ego. At the time, tired from weeks on the road having the same conversation about Trump over and over, I agreed with him. Don’t give him space. Don’t make a bookstore, of all places, the pulpit for his bullying. Don’t make me think or talk about him anymore!

I kick myself now: Not for being one of the many that assumed the election would go the other way, not even for supporting what could be construed as low-level censorship in a bookstore, the very place that should always be an open forum for ideas and points of view. What really upsets me is how unwilling I was to engage in a way that would help me understand the perspective of those who supported and continue to support Trump as president. At that point in the campaign, NPR-listening, bookstore-rewards-card-carrying people wanted to change minds. We wanted to walk those Trump supporters, wherever they are, away from the cliff and explain the dangers that lay ahead if he were to be elected. But what I really should have done was stop listening to all the yelling and screaming on the radio, cable news, and, most of all, news feeds on my smartphone. I should have stopped to listen, to engage in a conversation that could help me understand what was happening to this country and why. Of course, the conduit for those answers should have been obvious—my job was to sell them. Where better to engage than in the pages of a book?

Not to overstate the case, though I’m prone to doing just that, but working as a university-press sales rep sometimes feels like being a field anthropologist, airlifted to remote villages that each has its own culture, humor, and language. It is up to a rep to understand the culture of each bookstore, to know what the buyers and booksellers sell by hand to curious customers and what the customers come in asking about. Out of fourteen impressive catalogues each season, I do my best to present those titles that I see fitting into the culture of that store. It goes without saying that my presentations vary whether I’m in Manhattan or midcoast Maine, Cambridge or Peterborough, New Hampshire. It is an act of mental calisthenics that is familiar to me. Living in the interior of Maine, well north of Portland, I find myself shuttling between two extremes as a person and a sales rep: having a laugh with the old man wearing the Making America Great Again cap in the checkout at the local supermarket one week and visiting the independent bookstores in New York or Cambridge or any of the more liberal and left-leaning college towns in the northeast the next. If anyone should have been open to engage with both sides of our current story, it should have been me.

From what I see, in both the northern Maine supermarkets and the independent bookstores of the northeast, people want to engage, they seek to engage, but we don’t always know where to go for honest, no-bullshit discussion. The funny thing about a university press and the titles we publish is that we can only be so topical. The books need to be written, then contracted, then rigorously peer reviewed before the manuscript is even edited. But an amazing thing happened in the seasons following the 2016 election. Many books published by university presses, written years before the election took place, felt urgent and necessary and written for the moment. Going through the catalogue with buyers, we couldn’t help but say how timely many of these books were, despite the fact they never mention Trump or Clinton or “alternative facts.” University-press books are uniquely tailored for our moment: simple, small machines designed to fight ignorance, hatred, and the absurd justifications of an unprincipled administration—and not because our gloves are off or because we can shout louder than anyone on the other side but because university-press books are based in facts and deep research and are published with the mission to not necessarily win an argument but to pose an argument that will lead us to the necessary questions.

Not everyone feels compelled to hold up a sign and become an activist, but everyone should feel compelled to engage. I’ve seen it with each and every buyer I meet with twice a year. They are engaging with our titles in ways that consistently surprise me, just as their customers continue to surprise them, occasionally passing on the best-selling memoir or novel to pick up a book with a university-press logo. I like to think that after the last election readers are ready to be challenged. But maybe I have it backward. Maybe people coming into bookstores are now ready to challenge the world outside the stores. And the first step is to engage.