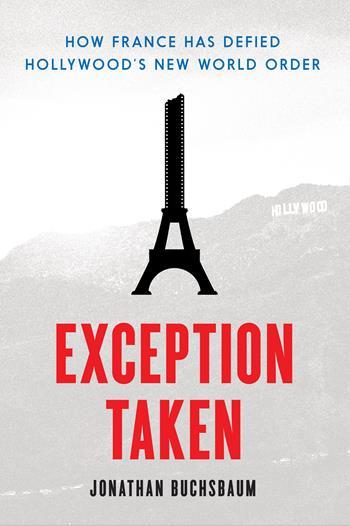 The following post is by Jonathan Buchsbaum, author of Exception Taken: How France Has Defied Hollywood’s New World Order:

What to make of the recent flap over Netflix at the Cannes Film Festival? Is this the French being the French or does it point to something larger about their desire to protect creative filmmaking in an age of streaming and binge-watching?

According to French rules, any film released in a theater must wait a specified period of time before subsequent screening in a different format. The French call this the “chronology of media.” While the US press misunderstood the recent controversy regarding the showing of two Netflix movies at Cannes—Okja and The Meyerowitz Stories—the French coverage, which is more familiar with the background, considered the rationale behind the rule, even if it risks becoming anachronistic in a rapidly changing industry.

In France, the powerful theater owners’ organization objected to the recent decision of Cannes to accept Netflix-produced films that would not open in theaters at all. According to the French rules, if the films opened in theaters, they would have to wait three years before streaming online by subscription, and Netflix refused to accept that condition. (Amazon, not a subscription service, can stream after four months.) Caught in some crossfire, the festival, after weeks of negotiations, decided to give Netflix a pass this year and require a theatrical opening next year for all films in competition.

While the French deserve some criticism in this latest film tiff, a little history may remove the appearance of rigidity or irrationality in the French rules. When television first entered peoples’ homes in the US after WWII, the film industry viewed television as a threat. Who would go to movie theaters when they could watch films in their living rooms? Consequently the Hollywood majors refused to allow their films to be shown on television at all until RKO broke ranks in 1955. Twenty years later, video tape was seen as a similar challenge, and two Hollywood studios took Sony to court (and lost in the Supreme Court) to prevent the distribution of films on video tape.

In both cases, those fears proved unfounded as the total revenue surged, even if the theatrical shares of the pie shrunk. Moreover, somewhat paradoxically, the number of theater screens actually doubled in the US between 1980 and 2000, from 18,000 to 37,000 (with 39,000 last year).

Nobody really knows how important theatrical release is today. It may still return a declining share of total film revenue, but as the traditional first window of theatrical release still gets reviewed in the press, it may be more important in generating subsequent revenues for DVD, television, Amazon, Netflix, new streaming services.

In France, television was not privatized until the 1980s, at which point the government imposed certain obligations on television at a time when film was the most popular programming on French television. All stations had to invest a percentage of their income in French cinema, an expense that would be more than compensated when the films were shown on television. At the same time, the government designed a “chronology of media,” setting the time periods between the release in theaters and the first screening on television. The state already required a (first) theatrical release in order to receive the “agreement” which opens the door for French aid.

As the fair-minded Manohla Dargis wrote in the New York Times (May 18) after the heat of the controversy had cooled, the French have designed a support system for film that conforms to the principle of a “cultural exception.” Not a law, the phrase refers to the French argument, supported by other nations, that countries should have the right to design their own cultural policies that need not obey the dictates of neoliberal free trade stipulated in modern trade agreements like NAFTA, GATT, and the WTO. Cultural policy should be given an exception in those pacts to prevent foreign cultures flooding countries at the expense of national cultural production, an integral part of national identity. While Hollywood films dominate screens in most countries of the world, French film policy has succeeded for many years in making the French film industry the most successful one in Europe.

Though it must be addressed, the current problem with Netflix is only the latest episode in a long history. The long term trend for decades of movie revenue shows a declining frame for films to earn the majority of their lifetime receipts. Many years ago, before competition existed, films stayed in theatrical exhibition for years. In France, for example, in the 1950s, it took two years to obtain 90% of all receipts; in the 1990s, it took three months.

When television first appeared, the studios initially resisted, not wanting to share any revenue with the new medium. Once Hollywood agreed to show its films on television, the new medium became a new run. Ever since, each new screen (tablet, smart phone) or support (video tape, DVD, internet) represented a new run (or window). The owner of the original product traditionally wants a long lead time between release on the first screen and the next run. Operators of later runs want the same advantage: a short wait after the previous run and a long delay before the next run. That is the model of the “chronology of media” identified in the press reports now as the villain in the Netflix story. Netflix effectively wants to eliminate subsequent runs altogether so that it would not have to share revenues with other runs. This year Netflix won the battle at Cannes with the projection in competition of two films and no obligation to show the films in theaters. But Cannes now says it will not offer that free publicity to Netflix after this year.

The delay times of the French rules should be shortened in order to adapt to the continuing “decay rate” of revenues for films. That is a problem which France will almost certainly address with reduced waiting periods. With growing streaming services drawing customers, three years now appears far too long to wait after the theatrical release.

Such technical problems come up with some regularity in France because the film support system is complex, and even more significantly, because it attempts the impossible: squaring the circle of art and industry. France claims to support creation in the cinema (not just French cinema) with rules to encourage new creative filmmakers, and then grants theaters certain advantages if they show new creative cinema which normally draws few spectators, whether in theaters, DVD, or the internet. At the same time, France recognizes that spectators want to see popular films with stars and larger budgets, so large productions can benefit from tax breaks in various ways. Depending on which position in the run sequence one occupies, the rules can be seen as rigid, provoking complaints in France from all sectors in the film community. But as Aurélien Ferenczi wrote in Slate (France) [May 16], the French model is “A system of redistribution and financing obligations [which] has enabled French production to remain strong, while elsewhere, local cinema industries have collapsed. The chronology of media is one of [the system’s] foundations.”