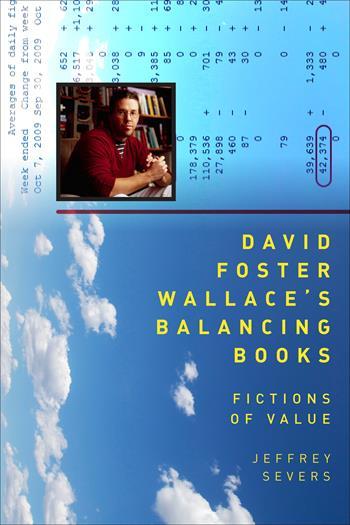 “Wallace is chief among the contemporary U.S. writers who deserve careful re-reading in the age of Trump.”—Jeffrey Severs

On the night of November 8, 2016, walking home from a sorrowful bar, I tried easing the pain by pausing to post on Facebook: “Dawn of a new age of grim apocalyptic satire? Searching for a bright side.” Soon a British friend and fellow scholar of contemporary fiction offered “Trump means fart in the UK—does this help?” Then another scholar-friend said he was reminded of David Foster Wallace’s Infinite Jest and Johnny Gentle, a cheesy, idiot lounge-singer-turned-politician, “the first U.S. President ever to swing his microphone around by the cord during his Inauguration speech.” I’d also been thinking of Gentle’s precedent. This germaphobe’s major geopolitical achievement is to turn much of New England and Quebec into a waste dump, disastrously imposing his irreality and obsessive-compulsive habits on North American policy.

Wallace’s novel of grim apocalyptic satire, published in 1996, is set during Subsidized Time, when numbered years have been replaced by corporate sponsorships, but careful reading reveals the setting is the 2010s. So here we were, more or less on schedule, an entertainment- and consumption-addicted society, more swayed by image than substance in all things and now climbing into the (tiny) hands of a boorish, hateful star of reality TV (a genre Wallace also analyzed brilliantly—see his late story “The Suffering Channel”).

Wallace is chief among the contemporary U.S. writers who deserve careful re-reading in the age of Trump. Re-reading Wallace should be followed by Pynchon, Morrison, DeLillo, Wideman, Coover, Mailer, Vollmann—we have a lot to learn about American fascism from our novelists. Wallace set his unfinished novel The Pale King (2011) in the 1980s but still captured forty years of past and future Republican presidencies with lines about electing “a symbolic Rebel against his own power . . . We’ll have a tyranny of conformist nonconformity presided over by a symbolic outsider whose very election depends on our deep conviction that his persona is utter bullshit.” The Pale King uses the hatred of taxes to explain how Americans view civic duty in childish terms, like adolescent rebels against parental authority who are still happy to use Daddy’s credit card. The future leader that IRS workers conjure in The Pale King will “do what corporate pioneers have discovered works better” than outright lying to the populace: “He’ll adopt the persona and rhetoric that let the people lie to themselves.” Nation of self-deceiving kids, meet your man-child narcissist-in-chief.

Wallace, who grew up in Illinois and taught there for many years, understood the perennial appeal of conservatism to middle America. Indeed, as D.T. Max’s 2012 biography revealed, Wallace himself, a late convert to the left, voted for Ronald Reagan (Gentle’s model, with a dash of Bill Clinton playing the sax on late-night TV thrown in) and for proto-Trump Ross Perot. In his essays about Illinois, John McCain, and right-wing radio, Wallace took seriously and saw the depths of what coastal elites have been scrambling to parse since November: how the white, rural, working-class folks of various fly-over zones think about their country, how their cynicism about government can be ruthlessly exploited with the techniques of the entertainment-industrial complex. Wallace can’t help us much with the jingoism, racism, and xenophobia that led to Trump’s win, but he did give us visceral evidence that, as one of his essays quoted from de Tocqueville’s Democracy in America, “spectacles vehement and untutored and rude,” aiming “to stir the passions more than to gratify the taste,” continue to be the American way.

Like everybody else, I never saw Trump’s rude spectacle winning, and I never thought it would be he who catalyzed a newly politicized reading of Wallace’s work. About six weeks before that sad November night, I had done the final proofreading on my new book, David Foster Wallace’s Balancing Books: Fictions of Value. Wallace is often seen by critics as a “parochial” postmodernist, one who adopted the encyclopedic form of a Pynchon but turned fundamentally inward, toward issues of recovery, sincere expression, and spiritual longing. In my book I claim that Wallace was actually a thoroughly political writer, slyly engaged with his nation’s history, policy, and economics, and I demonstrate that the problems of irony, introspection, and solipsism that have drawn critical attention to certain of his bold pronouncements (such as “E Unibus Pluram: Television and U.S. Fiction” and This Is Water) miss the more nuanced, often less pious cultural critic found throughout unexplored areas of his fiction.

But in making my intervention I had hardly examined the Trump lookalikes who dot his novels. Instead, I focused on the more philosophical Wallace who saw value, my book’s central theme, as the key to finding the path to sanity and even happiness, on levels ranging from the deeply personal to the national. A writer obsessed with value certainly gives us every tool for rejecting a gold-plated and corrupt president, but Wallace’s project was more ambitious. He constantly wrote about value because it gathered together so many of the interests and problems that had made him a fiction writer: the values of mathematics, all forms of point-scoring and data-monitoring, the fact/value distinction of logical positivism, the monetary values of economics, and the self-worth that the depressed struggle so hard to find. Most importantly, tying together all these efforts, Wallace took on the mission of defining moral values that he thought had been lost in empty, “Look Ma No Hands” feats of extreme self-consciousness in 1960s and 1970s metafiction.

My book argues that neoliberalism—an ideology of total faith that the market will not only define value but provide solutions once sought through government and community—drew Wallace’s frequent derision, whether he was surreally depicting the Dust Bowl, the Crash of ’29, and Depression-era farming in his early narratives or probing the 1990s Asian currency crisis, the failures of health insurance, and the evasion of taxes in his later work. My political Wallace, then, is one who wanted American liberalism to stay attached to the legacy of the New Deal, a favorite historical subject of his and a frequent presence in my close readings. Wallace made degraded American civics an explicit subject only in his twenty-first-century work, but my book traces this interest all the way back to his earliest efforts and shows him giving historical flesh to that subject in ways no previous readers have countenanced.

In the age of Trump, however long it lasts, there will be no shortage of neoliberal deceptions and misrecognitions of real value to go along with the more immediate attacks on rights. Witness the way in which his campaign appeals to working-class populism took about two weeks of cabinet appointments to dissolve back into the claim that Wall Street knows best and deregulation must intensify. Wallace’s works are a renewable resource for examinations of the state and electorate in such moments, and I hope my work inspires more critics to use his mighty arrows to hit the moving target of U.S. political economy. Let there be a heady new generation of Wallace-inspired apocalyptic satirists, too. Just don’t let their grimmest imaginings about future American presidents come true.