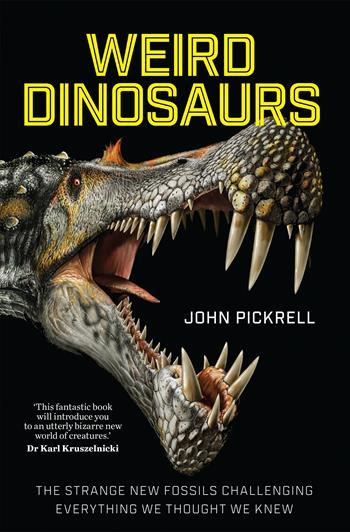 The following is an excerpt from an article that appears in full at the Australian Geographic website by John Pickrell, author of Weird Dinosaurs: The Strange New Fossils Challenging Everything We Thought We Knew on the recent stunning discovery of a perfect dinosaur tail perfectly preserved in amber. 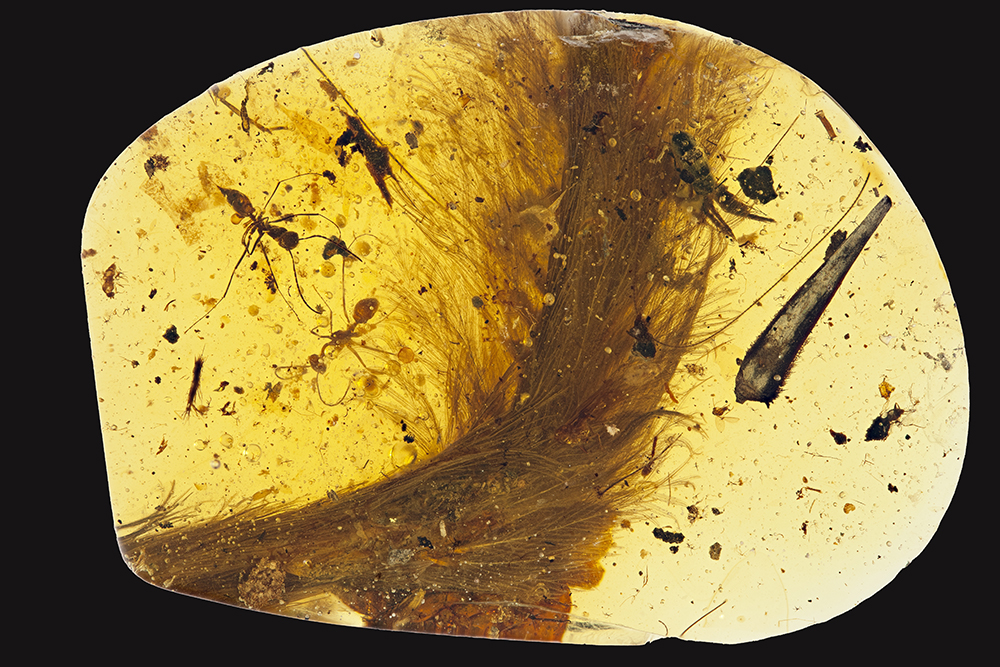 In Jurassic Park scientists found mosquitoes trapped in amber that had traces of dinosaur blood and DNA inside them. That was a fictional scenario, but researchers have now found what is, arguably, a much more exciting piece of prehistory trapped inside fossilised tree resin – the tail of a small carnivorous dinosaur covered in fluffy feathers.

Every week or so these days a new species of dinosaur is revealed to the world, but this specimen – dug up by amber miners in Myanmar (Burma) – has to be one of the most exciting discoveries of the past few years.

I first heard hints of this fossil when I interviewed its discoverer, Chinese palaeontologist Dr. Lida Xing, for my book Weird Dinosaurs early in 2016. Since then I have been waiting with great anticipation to the see these images. 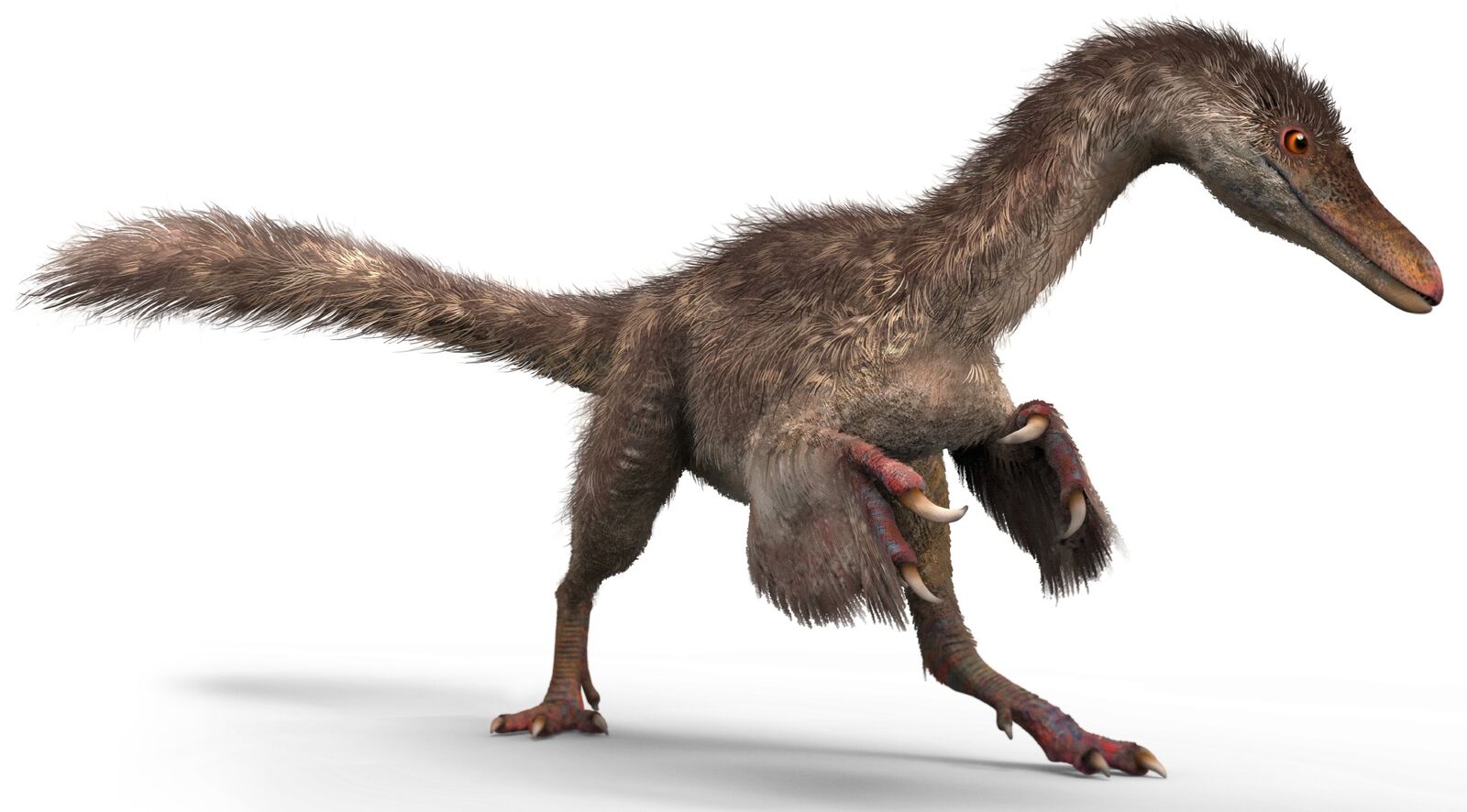 A small coelurosaur dinosaur on the forest floor; the creature that left its tail in amber would have looked something like this.
IMAGE CREDIT: Cheung Chung-tat and Liu Yi

Today an international team of scientists – led by Lida, based at the China University of Geosciences in Beijing, and amber fossil expert Dr Ryan McKellar at the Royal Saskatchewan Museum in Canada – reveal the details of the fossil in the journal Current Biology. What they have found is the tail of a small carnivorous dinosaur – it’s from a juvenile animal would have been about the size of a sparrow.

Read the full article at the Australian Geographic website!