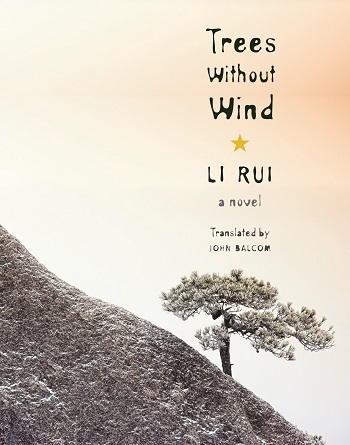 Welcome to the Columbia University Press Thursday Fiction Corner! This week Russian Library editor Christine Dunbar muses on sound, names, and the ethical stakes of translation after having read Trees Without Wind by Li Rui, translated by John Balcom.

In their introduction to In Translation: Translators on Their Work and What It Means, Esther Allen and Susan Bernofsky propose translation as a way out of having to choose between a fragmented world, rich in cultural specificity and a more culturally homogenous, English-speaking world, rich in unmediated communication. Translation, they argue, “works to strengthen the pluralism of world languages and cultures by giving writers in all languages the opportunity to reach English’s global audience while still writing in their native tongues” (xv). However, Allen and Bernofsky do not ignore the ethical dangers inherent therein: “As a writer of the language of global power, the translator into English must remain ever aware of the power differential that tends to subsume cultural difference and subordinate it to a globally uniform, market-oriented monoculture” (xvii).

To look at this binary from a slightly different perspective, is the role of translation to give the reader a glimpse of a piece of the fragmented world to which she would otherwise not have access, or is it to bring stories to a larger audience, who will appreciate their universal appeal? Is it in service of celebrating otherness or commonality? Like many binaries, I find this one fascinating to contemplate and not all that useful to answer. It’s a little bit of both, of course, or maybe that means it’s neither.

At an event during Read Russia’s Russian Literature Week 2015, Mark Krotov told an anecdote about his mother’s take on this question. She was frustrated by Anglophone readers using the difficulty of parsing Russian names as an excuse to avoid reading Russian literature. She advocated a simple fix: Anglicize the names. After all, the names aren’t the important part. Later the same week, if my memory does not fail me, Marian Schwartz supported a similar, if slightly less extreme, solution. If a character is called by five different variations on his name throughout the book, she’ll choose two (I think she said two—it could have been three—but the principle stands) and use those throughout.

But what about when the names themselves carry meaning? Or when the sound of the name plays an important role in the aural landscape of the work? Or, heaven forbid, both?

I recently read Li Rui’s Trees Without Wind in John Balcom’s translation, a book in which sound is important not only for establishing a sense of setting but also for maintaining a link between the stream of consciousness narration and the outside world. The text is full of people chewing “crunch, crunch, crunch,” a donkey digging “dig, thud, dig, thud,” a saw sawing “chi-la, chi-la, chi-la,” leaves rustling “hua-la, hua-la,” and other such sounds. This selection of sounds combines words that refer to sounds and pure sounds. This same dichotomy is preserved in Balcom’s decisions regarding the names in the book. He has chosen to identify most characters by their transliterated names—and I am assuming here that he has not simplified them for an Anglophone audience, but I do not know. In any case, I did not find them difficult to follow. For some characters, however, he has translated their “speaking names”—for example, Uncle Gimpy, Second Dog, or the name of the town where the action takes place, Stunted Flats.

This decision—which, for the record, seems to me to be entirely the right one—does limit the instances of non-English words in the text, but Balcom has chosen to leave some non-name terms in the source language as well. The most common example of this is “kang.” In phrases like “how could you wet the kang again?” (47) this is clearly something akin to a bed, but in other contexts it appears to have an even more central role in daily life. Choosing one English word would have fixed the meaning. In a book set during the Cultural Revolution, a time that erases boundaries between public and private (which is to say, a time when who is sleeping with whom has potentially stark political consequences) stating that two characters were eating in bed—when the kang is in fact an entirely standard place to eat—would have been significantly misleading. At the same time, for better or for worse, the unfamiliar word kang draws the Anglophone reader’s attention in a way that is probably not the case for a reader of the original text. This seems to me to be not a tragedy, as it is a productive place for the reader’s attention to be. It highlights questions of gender disparity, outside scrutiny of communities, the meaning of home and belonging, etc. that are important in the novel. But it is an interpretive lens that is maybe not forced, but at the very least thrust upon the reader of this translation.

It will come as no surprise, I think, to hear that I enjoyed Trees Without Wind for both its specificity and its universality. The passages that mock the formulaic heroes of proletarian fiction remind me of similar responses to socialist realism in Russia, and the use of kang solves a problem readers of Russian literature face when they read that so-and-so was sleeping on the stove, a completely standard activity for certain designs of pech’, but rather masochistic-sounding for the initiated. (The Wikipedia article references the Kang bed-stove, further cementing this similarity.) Drawing connections between two pieces of the fragmented world to discover commonalities—yet another way in which translation defies binary thinking.