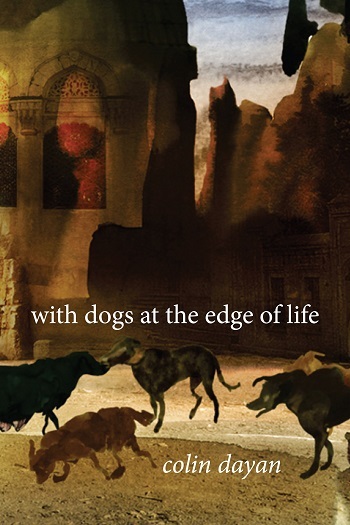 “Though they were friendly and vigorous, though there was in most cases no proof of actual fighting, the dogs were deemed “threats to the public” and could therefore be killed summarily. According to Louisiana law, “fighting dogs are declared to be contraband.” An arbitrary label put an end to their lives, without any recourse or appeal, without even notice to their owners. Not only were the dogs no longer personal property, but, once seized from their owners, they had become legally disposable too.” — Colin Dayan

Early on Friday morning, March 11, 2005, a caravan of vehicles drove from New Orleans down Louisiana Highway 89 to a home outside the city of Lafayette, where the highway meets La Neuville Road in the heart of Cajun country. State police, a SWAT team, U.S. customs officials, and other federal agents, with the aid of the Louisiana Society for the Prevention of Cruelty to Animals (LA/SPCA), the Louisiana Humane Society, and the Humane
Society of the United States (HSUS), raided the home of Floyd Boudreaux. They confiscated fifty-seven American pit bull terriers and charged Boudreaux and his son Guy with fifty-seven counts of dog fighting and fifty-seven counts of animal cruelty. Arrested and handcuffed, they were read their Miranda rights and locked up in Lafayette Parish Correctional Center. The dogs were loaded in a truck and driven back to New Orleans. That night the LA/SPCA began killing the dogs by injection. They did not stop until the next day. By the time the Boudreauxs were released on bail on Monday morning, their dogs had already been cremated.

The dogs were not crippled, maimed, or blind. Some had scars. Some had calluses. Most were healthy, described as “normal” on the LA/SPCA’s intake forms. Nineteen of the pit bulls were puppies, less than one year old. One of them would have whelped that weekend. Wendy Wolfson, at the time a veterinarian and medical director for the LA/SPCA, is now an assistant professor in shelter medicine at Louisiana State University, a program of study heavily funded by the HSUS. She testified that she conducted a hands-on exam of each animal: “We did a whole barrage of things to each dog,” she said. She later testified that she found evidence of dogfighting injuries in one or two cases so all the animals were labeled “fighting dogs.”

Once categorized as such, all the pit bulls were assumed to be inherently dangerous—too aggressive to live. Though they were friendly and vigorous, though there was in most cases no proof of actual fighting, the dogs were deemed “threats to the public” and could therefore be killed summarily. According to Louisiana law, “fighting dogs are declared to be contraband.” An arbitrary label put an end to their lives, without any recourse or appeal, without even notice to their owners. Not only were the dogs no longer personal property, but, once seized from their owners, they had become legally disposable too.

Three and a half years after the raid, in October 2008, the Boudreauxs were acquitted of all charges. If convicted, they might have faced ten years of imprisonment with or without hard labor for each count. Judge Kristian Earles found no evidence of any crime. The state’s case against them was so weak that he ruled without even asking the defense to call its witnesses. Floyd Boudreaux, a legendary dog man who had bred these dogs for most of his life, cried when the verdict was read. During the proceedings, the Boudreauxs’ lawyer, Jason Robideaux, condemned the LA/SPCA. “The State’s purpose in this case was to seize those dogs, the Boudreauxs’ dogs, and kill them, and thus, end the bloodline,” he said. “I don’t want to speculate as to the reasons.”

Boudreaux’s dogs were the product of two famous bloodlines: the generations-old Boudreaux line—his family hallmark since the 1930s—and the more recent “Eli Dogs,” named after Eli, a two-time pit winner, bred to Boudreaux’s Spook. Boudreaux had not pitted a dog in a fight since the late 1970s, when dog fighting was banned. Instead, his dogs appeared all over the United States in conformation shows and weight-pulling contests. The federal government enacted the federal dog-fighting law as part of the Animal Welfare Act in 1976, and Louisiana banned dog fighting in 1982. In an interview just before the raid, a year before his seventieth birthday, Boudreaux said he had “been working with the breed for over half a century. . . . My dad had ’em before I did, and then I had ’em before I went to grade school. My son too. It’s always been a family affair.”

Not until September 11, 2011, almost three years after the acquittal, did the LA/SPCA agree to a settlement, though it declined to comment on the terms. Father and son had sought damages for mental distress and loss of income they would have received from the sale of the dogs. They asked for about $300,000. “There’s no more Boudreaux/Eli breed,” Floyd said. “The mom and pop direct descendants that would not have been sold are dead. That’s 100
years of breeding that’s gone.”