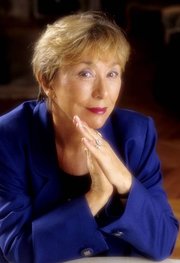 Today’s fiction corner features Julia Kristeva’s new novel Teresa, My Love: An Imagined Life of the Saint of Avila. While Kristeva first made her name as a philosopher and critic, she has also written several novels, including Murder in Byzantium and The Old Man and the Wolves.

In her newest novel Teresa, My Love, Kristeva mixes fiction, history, psychoanalysis, and personal fantasy. The novel follows Sylvia Leclercq, a French psychoanalyst, academic, and incurable insomniac, as she falls for the sixteenth-century Saint Teresa of Avila and becomes consumed with charting her life. Traveling to Spain, Leclercq, Kristeva’s probing alterego, visits the sites and embodiments of the famous mystic and awakens to her own desire for faith, connection, and rebellion.

In today’s post, we are happy to present excerpts from the recent New York Times book review of Teresa, My Love, written by Carlene Bauer:

Imagining a Saintly Life, Some of It Not So Holy
‘Teresa, My Love,’ Julia Kristeva’s Latest Novel
By Carlene Bauer

It is hard, even knowing just a few facts about Teresa of Ávila, not to fall in love with her. This 16th-century Spanish mystic, saint and doctor of the church could sigh over her own limitations with the precision, earthiness and wit of a born writer. “I could be bribed by a sardine,” she once wrote. Nor did she muffle her sighs over the sisters in her care. “Believe me,” she wrote, “I fear an unhappy nun more than many devils.”

The French psychoanalyst and literary critic Julia Kristeva has not been immune to the charms of this holy woman. She has put Teresa on the couch before (most recently in “Hatred and Forgiveness”), and in “Teresa, My Love,” she, or rather her alter ego, the clinical psychologist Sylvia Leclercq, analyzes Teresa and her historical, spiritual and sexual significance.

Descended on her father’s side from Jewish converts to Christianity, this girl who grew up to have raptures was the very pretty daughter of a woman who loved to read novels, a 16th-century Emma Bovary. Her mother passed that love on to her daughter, who might herself have become a thwarted dreamer like Emma, save for a thirst for glory and independence. At 7, Teresa persuaded her brother Rodrigo to run away to “the land of the Moors,” so they could be martyrs. At 21, she ran away again, despite her father’s wishes, to the Carmelites, partly to avoid an unwanted marriage, partly to heed a call.

Sylvia reads Teresa as a woman who needed a Father to love her without judging her for her passions, and a woman who needed to be one with the Son to assure herself she was not solely female, because to be female meant to be sentenced to motherhood. Teresa is also considered, not as explicitly, an exemplar of the feminine genius that Ms. Kristeva has contemplated in books on Hannah Arendt, Melanie Klein and Colette. Teresa did not imprison herself in an interior castle of mysticism but reformed an order and founded 17 monasteries, traveling all over Spain. In Ms. Kristeva’s interpretation, Teresa isn’t “the patron saint of hysteria,” as Freud’s mentor Josef Breuer called her, but the patron saint of passionate pragmatics.

Why Teresa again and why now? “What’s left of that universe of faith and love, what’s left of the windmills?” Sylvia Leclercq asks. “Chimeras, TV soap operas for avid women and their partners. Or God’s madmen, the suicide bombers, who pretend not to realize that he (the Almighty, the Master, the One and Only, the True, the Beyond) has mutated into pure spectacle, and twist their alleged faith into murderous nihilism.” Teresa’s life and her writings could be one antidote to this malaise, because, according to Sylvia/Ms. Kristeva, she “ventures as far as possible along the route that beckons the person who doesn’t give up on believing, the person who talks as a way of sharing, and who loves in order to act.”

“Teresa, My Love” is perhaps strongest when Ms. Kristeva sets her characters in dialogue, particularly a three-act play in which Teresa, on her deathbed, converses with figures like her confessor and friend John of the Cross. Here, Ms. Kristeva’s affection for her subject finds effortless expression in a vibrant and persuasive imagining of Teresa as she might have sounded off the page. Her ebullient exegesis will probably most delight those who think that faith and love need more spokesmen and spokeswomen than just Pope Francis — and more than just believers to speak of them.