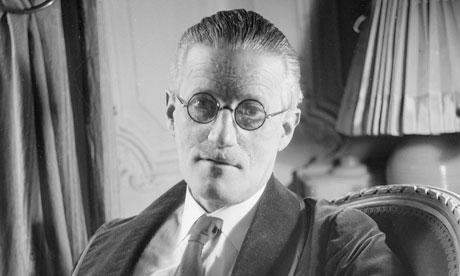 “The modernist legacy, its essential ambivalence, continues, and let us hope that it does, for it signals not only the continuing problem with plea­sure but also pleasure’s continuing potency.”—Laura Frost

In honor of Bloomsday, we offer an excerpt from the coda to The Problem with Pleasure: Modernism and Its Discontents by Laura Frost. In the excerpt Frost notes the popularity of Ulysses beyond the confines of academia but also recognizes the popular perception that it is a difficult, unpleasurable book more talked about than actually read. She goes on to explore how Ulysses exemplifies modernism’s relationship to both difficulty and pleasure and how this dichotomy has been explored more recently by David Foster Wallace:

While general audiences, living through a time of political and social upheaval, dazed from one war and about to enter another, embraced mass culture amusement, modernist writers took up the mantle of arduous, deliberate pleasure as a defense of language, con­templation, and the autonomy of art. As their work confirms, even as they expounded the charms of unpleasure, they were constantly aware of the attractions of “the tepid bath of nonsense,” as Huxley put it.

Cut … to the Upper West Side of Manhat­tan in our time, to Symphony Space, a venue known for its annual live reading of selections from Ulysses on June 16. The Bloomsday celebra­tion, like others around the country and the globe, indicates how mod­ernism—even high modernism—has been embraced and absorbed not just into the academy but into contemporary culture. And yet on the 100th anniversary of Bloomsday in 2004, British and American newspapers noting the event found a way to emphasize Ulysses’s repu­tation as the most famous unread novel of the twentieth century. The New York Times observed that Ulysses “has come to stand as the apogee of ‘elitist’ literature” because of its “byzantine difficulty.” NPR pointed out that “the difficulty of reading Ulysses is as legendary as the novel itself.” And the BBC commented that “for all its renown and notoriety, it is a book that few have read and even fewer comprehend.”…

Clearly, modernism is alive in and outside the academy. However, it is worth noting which parts of modernism are foregrounded and which are sidelined or minimized. While the generation that canonized modernism and New Criticism promoted it as a thorny, complicated body of work, those features are not emphasized as much in recent modernist studies, which has notably sought to integrate the vernacu­lar modernisms of “Gertrude’s Paris” into the field. Perhaps it is inevi­table that once we have mastered modernism’s maneuvers, its knots are unraveled and its edgy energy is diminished. Modernist unplea­sure, a defining feature of this literature, may register most forcefully with the first-time reader who struggles with linguistic and narrative innovation. To sense this textual unpleasure is to recover what made modernism surprising, shocking, and challenging in its own time….

Still, unpleasure remained a darkly magnetic force. The legacy of modernism’s anxiety about and hierarchization of pleasure is felt strongly in David Foster Wallace’s Infinite Jest (1996). Since his death in 2008, critics and peers have affirmed Wallace’s central place in postmodern literature and Infinite Jest, a massive novel with innu­merable intersecting nonlinear narratives, has been canonized as a classic of postmodern metafiction. With its stories within stories, self­referentiality, and Nabokovian endnote apparatus that includes graphs and sub-footnotes, the novel is a virtual encyclopedia of postmodern strategies. Throughout, Wallace’s sly critique of late capitalism and commercialism (for example, each year is sponsored by a product, and much of the action occurs during The Year of the Depend Adult Under­garment) is combined with a zeal for and humor about the popular culture that it interrogates. Wallace’s fascination with technology and technophobia, his invocation and spoofing of strict ideological hierar­chies, along with his criticism of capitalist commodification while also gleefully mocking its idioms, are typical of what Linda Hutcheon has called postmodernism’s “deliberate refusal to resolve contradictions.”

Consistent with modernist views of pleasure, Wallace proposed that “mass-market” and “commercial” amusement, with their atten­dant “fun,” could be countered by “serious” art. When asked about television, he observed that:

audiences prefer 100 percent pleasure to the reality that tends to be 49 percent pleasure and 51 percent pain. Whereas “serious” art, which is not primarily about getting money out of you, is more apt to make you uncomfortable, or to force you to work hard to access its pleasures, the same way that in real life true pleasure is usually a by-product of hard work and discomfort. So it’s hard for an art audience, especially a young one that’s been raised to expect art to be 100 percent pleasurable and to make that pleasure effortless, to read and appreciate serious fiction.

Infinite Jest is anything but a passive descent into narrative plea­sure. It bombards its readers with proliferating plots, detours, obscure lexicon, and tricky constructions. Wallace does not experiment much at the level of the word, like Joyce, or break up the sentence to the same degree that Stein, for example, does. However, Infinite Jest’s intricate narrative structures, including its rabbit hole digressions, have a highly self-conscious and self-mocking tone that demand an alert patience, discipline, and a sense of the text as both work and play. Wallace conceded that his writing expresses “a kind of hostility to the reader . . . sometimes in the form of sentences that are syntactically not incorrect but still a real bitch to read. Or bludgeoning the reader with data. Or devoting a lot of energy to creating expectations and then taking pleasure in disappointing them.” The solution to a cul­ture of compromised pleasure, for Wallace, is aesthetic difficulty and even alienation: refusing readers the bliss of the samizdat and offering them instead a demanding cognitive experience. Language, and spe­cifically an antagonistic writerly stance toward readers—bombarding, discomforting, bludgeoning, disappointing—is the antidote to “fun.” Wallace looks to modernist-inaugurated reading effects as a source of cultural resistance and rigor.

From one angle, Infinite Jest looks like a parody of modernist views of pleasure, but from another, it is an elaborate extension of those ideas. For Wallace, as for many modernists, the difference between serious and commercial art turned on the distinction between an experience that is learned and earned, and a kind of “fun” that comes all too easily. And yet, his work everywhere signals a hyperconscious­ness about the biases that inform that position and a recognition of the inevitability and intricacy of the audience’s relationship to mass culture. In postmodernism, mass culture is not so much a guilty plea­sure as it is the white noise of our time. But for some writers, like Wallace, pleasure itself as a broader category of experience remains suspect, and the role of “serious” art is still thought to be the presen­tation of aesthetic tension as a bulwark against trite amusement. So even though postmodernism can be irreverent about the kinds of cul­tural classification modernism espoused, those hierarchies still shape the way some writers understand art….

In particular, the modernist fear that easy, accessible pleasure (of the cinema, magazines, etc.) would threaten literature and deep thought has taken a new technological form. We are reading more, but our reading practices have changed. We are reading on computer screens, where text and words, choice and manipulation, firsthand and vicarious or virtual experience are colliding in unprecedented ways. The lament for the lost art of reading and the imperiled book is stronger than ever—its rhetoric of distraction, excessive acces­sibility, and inauthenticity comes right out of the interwar period— but the message feels strained, for much of the time those laments appear online.

Where does this leave us? We might think about Barthes’s “dou­bly perverse” reader, who “keeps the two texts in his field and in his hands the reins of pleasure and bliss,” and “enjoys the consistency of his selfhood (that is his pleasure) and seeks its loss (that is his bliss)” . However, we do not have to view these as parallel but never-meeting experiences. Bliss and pleasure are not the distinct entities that Barthes postulates, nor do they so reliably produce the respective capitulation and destruction he imagines. As we have seen, modern­ism, even at its most aesthetically radical, participated in the kinds of pleasure it derided. The problem with pleasure arises when we con­ceptualize these different kinds of pleasure as mutually exclusive and their mixture as “perverse.” The fascination with what’s difficult and the satisfaction derived from doing complex tasks do not have to be jeopardized by amusement that appeals to the senses, the body, or the lax mind. There is a place for “Gertrude’s Paris” and a place for close readings of recondite texts. The challenge is to hold on to mod­ernism’s aesthetic ambition and critical consciousness but relinquish the idea that they can only be achieved by dismissing or opting out of other experiences.

It is an exhilarating and an alarming moment. As we try to strike a balance somewhere between naïve enthusiasm and reactionary anxi­ety, the modernist response to pleasure—its insistence on mental vigor, critical thinking, and artistic innovation—seems more relevant than ever. Modernism’s counterintuitive negation, difficulty, and appeal to the power of unpleasure could provide a productive tension at a time when many new pleasures have unsettling implications. The modernist legacy, its essential ambivalence, continues, and let us hope that it does, for it signals not only the continuing problem with plea­sure but also pleasure’s continuing potency.