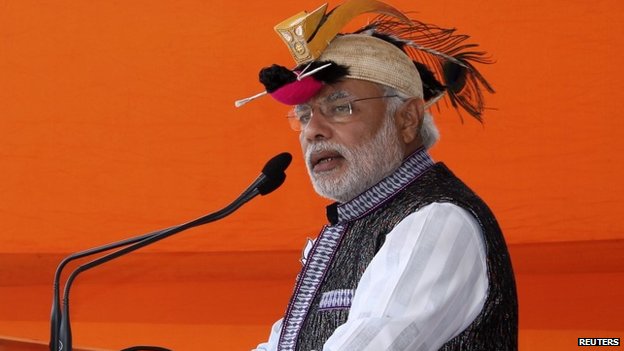 What does the election of Narendra Modi mean for India? Recently, in separate articles, two Columbia University Press authors Akeel Bilgrami and Sumit Ganguly weighed in on the results and what it means for India’s future.

Writing for The Hindu, Akeel Bilgrami, co-editor of the forthcoming Who’s Afraid of Academic Freedom?, offers a very skeptical view of Modi as either representing any real change for India or hope for its future:

[Narendra Modi] … has the added glamour of the nation’s most exalted office which, suppressing his natural swagger, he has approached with an affectation of humility and express concern for the poor and working people of the country, the very people that the policies and politics he stands for will sink into ever-increasing poverty and insecurity.

These unstintingly negative remarks I have made are intended to recoil from the charitable and hopeful responses that even some of those made anxious by Mr. Modi’s election have resigned themselves to. A belief in democracy requires two things: an acceptance of the upshot of an election and a refusal to blame the electorate if the upshot fills one with dread. Beyond this no graciousness is required, least of all a slackening of the critical powers one brings to assessing the upshot. In particular, there is no reason to surrender to some hope that a deeply tainted victor is going to revise his convictions or his character, simply because of the reality of having to live with his victory. Such realism, like much realism, is better described as complacence. It pacifies the effort and struggle that is called for to oppose what he represents. This pacification was already being advised prior to his election by political commentators who chastised Mr. Modi’s critics as unintelligent for applying the term “fascist,” with its European connotations, to what Mr. Modi represents in the Indian context.

Sumit Ganguly, most recently the co-author of India, Pakistan, and the Bomb: Debating Nuclear Stability in South Asia weighed in with an article in Foreign Affairs. In the piece, “India’s Missing Right: What the BJP’s Victory Says about Indian Politics,” Ganguly examines the history of the Right in India and why the Congress Party has dominated Indian politics since Independence.

He concludes by commenting on what is necessary for Narendra Modi to succeed in India:

Under Narendra Modi, former chief minister of Gujarat, the BJP has filled the vacuum left by the Congress Party. His Hindu nationalist credentials have been commented on at length, as has his success in dramatically boosting the economy of Gujarat, his home state, through the adoption of market-friendly policies and swift decision-making. He has the potential, then, to evolve into an authentically conservative leader. It is evident that he won this election so handsomely not merely because of the rank ineptitude of Congress but also because he sketched out a vision of an economically vibrant India.

For Modi and the BJP to succeed as a real conservative force, the government must, at a bare minimum, generate economic growth by creating conducive conditions for both foreign and domestic investment, reviving stalled infrastructural policies, and creating a more transparent tax regime — thereby improving the life chances of India’s massive youth population. A party that offers the prospect of prosperity for all may finally provide India’s electorate an attractive alternative to the namby-pamby socialist policies of the past decades.

Meanwhile, to build a truly mass base, the BJP will have to abandon its emphasis on Hindu nationalism. Hinduism, let alone Indian society at large, is far too heterogeneous to be steamrolled into a monolithic political ideology. The BJP tried to pursue such a strategy in the late 1990s when in office and then was dismayed when the public gave it the boot. There is little reason to believe that things would play out differently this time.