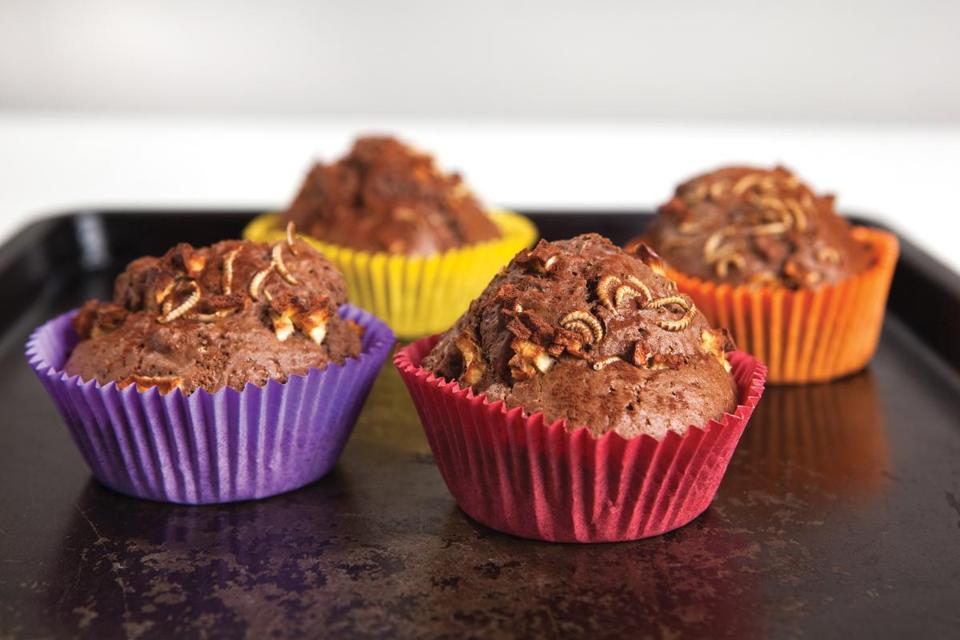 In recent interview with the Boston Globe , Marcel Dicke, one of the coauthors of The Insect Cookbook: Food for a Sustainable Planet, discussed his new book and the benefits of eating insects.

Dicke concedes that there continue to be those in the media that see his work promoting eating insects in a less than serious light. However, as he points out, eating insects can play an important role in food sustainability:

The world is facing a food security problem. We hope to make people aware, to show them there are good reasons for eating insects. We’re not telling anyone to stop eating meat completely, but about 70 percent of all agricultural land is used to produce livestock, and we’re going to have to increase food production by 70 percent by 2050. There’s no way we’re going to be able to do this.

Moreover, eating insects, which is done throughout the world, is good for you:

[Insects are] rich in minerals; they’re high in protein. In terms of nutrition, there’s no reason we shouldn’t be eating insects. They’re much better for you than regular meat.

Dicke also discusses which insects are best to eat and the ways in which people in the West are slowly coming around to the idea of eating them. Much of the challenge is in the presentation of dishes prepared with insects and marketing the notion of insects as palatable. As Dicke points out, contemporary Western resistance to eating insects is somewhat anomaly :

It’s in our genes to eat insects; humanoids have always done this. Around the world, 2 billion people eat them on a daily basis—there’s nothing strange about this…. In our culture, we’ve always been taught that insects are disgusting. We try to live in an insect-free world, a sterile world where everything is clean. On the other hand, this world wouldn’t be here if not for insects—without them there would be no pollination of plants.