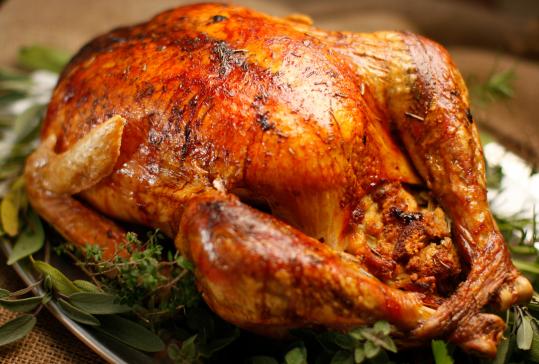 “Use the dishwasher! For the next holiday meal, I recommend that you prepare two turkeys. Cook one in the dishwasher, in a plastic bag, for several cycles of your machine.”—Herve This

In highlighting our books on this blog, we like to think we provide some food for thought. Well, with Thanksgiving just a couple of days away, we thought we provide some more practical (or somewhat practical) advice on cooking a turkey from none other than Herve This, author of Molecular Gastronomy: Exploring the Science of Flavor and other titles on the science of food.

In a 2010 interview with Nature, This suggested the dishwasher as a possible cooking method:

Q: Another professional technique is to cook food for long periods at low temperatures in a vacuum-sealed bag. How might a home chef emulate this ‘sous-vide’ method?

Now for those not comfortable with Maytag cuisine, here is an excerpt from Kitchen Mysteries: Revealing the Science of Cooking on the science of roasting a turkey:

Since it is juicy, tender meat that we want, it is clear why there is no question of opening the oven while the meat is roasting. The water vapor that is released in a limited quantity could escape and then be replaced by the vaporization of a certain quantity of the juices. Opening the oven dries out the turkey. Neither, however, should one humidify the oven before putting the turkey in. In the presence of too much water, the surface water cannot evaporate, and the skin will not get crispy.

Having thus resolved the problem of the surface, the serious problem of tenderness within remains. We cannot disappoint our guests, who fear the pro­verbial dryness of the turkey.

Since tenderness results necessarily from the deterioration of the connec­tive tissue, let us consider this tissue. It principally contains three kinds of pro­teins: collagen, already discussed many times, reticulin, and elastin. Neither reticulin or elastin are notably altered by the heat of the oven, but the triple helixes of the collagen molecules can be broken up and form gelatin, which is soft when it is in water, as we all know.

Calculating the cooking time requires some skill, because the denaturation of the collagen and the coagulation of the muscle proteins (actin and myosin, mainly) take place at different temperatures and different speeds in the different parts of the turkey. It is necessary to know that the temperature of 70° (158°F) is essential for transforming the collagen into gelatin and tenderizing the mus­cles. But the longer the turkey remains at a high temperature, the more water it loses and the more its proteins risk coagulating. The optimal cooking time, consequently, is the minimum time it takes to attain the temperature of 70°C (158°F) at the center of the turkey.

My friend Peter Barham, a physicist and molecular gastronomer from Bris­tol … calculated the following values: