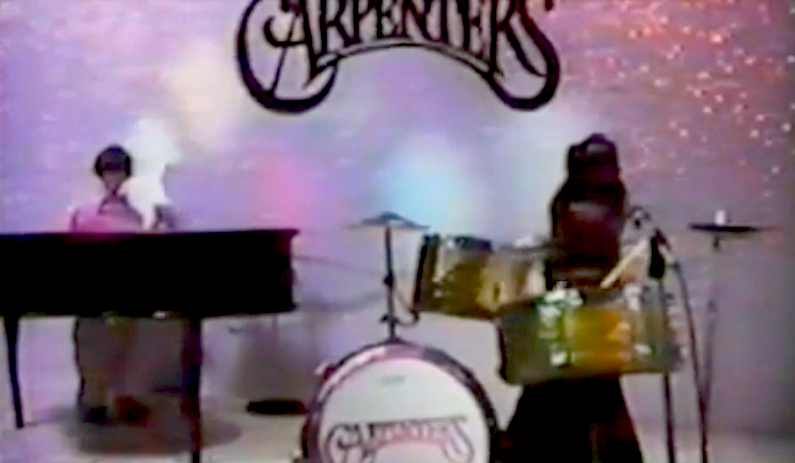 In the following excerpt from Hollywood’s Copyright Wars: From Edison to the Internet, Peter Decherney discusses how Kenneth Anger’s Scorpio Rising influenced other filmmakers such as Martin Scorsese and Todd Haynes. Specifically, Anger’s use of public gave them creative inspiration for their own work. In Scorsese’s case it helped him develop his signature use of music in his films while Todd Haynes’s now-famous Superstar became a cautionary tale.

One member of the audience was particularly struck by Anger’s soundtrack: then New York University film student Martin Scorsese. Scorpio Rising, he explained,

had been banned, but the shocking thing about it wasn’t the Hell’s Angels stuff, it was the use of music. This was music I knew, and we had always been told by our professors at NYU that we couldn’t use it in student films because of copyright. Now here was Kenneth Anger’s film in and out of the courts on obscenity charges, but no one seemed to be complaining that he’d used all those incredible tracks of Elvis Presley, Ricky Nelson and the Rebels. That gave me the idea to use whatever music I really needed.

Scorsese’s reminiscence points to a number of ways that copyright and fair use functioned in the worlds of avant-garde, student, and amateur film. His professors, the gatekeepers in his community, had set the fair use parameters for student projects. But in this instance, Scorsese learned a lesson from observing another film. It happened to be an erroneous lesson, based on the assumption that Anger had not cleared the rights to his soundtrack. But even this lesson based on too little information spurred Scorsese to use unlicensed rock music in his student films. And his student experimentation paved the way for his breakthrough use of (licensed) music in his early feature films like Mean Streets (1973) and Alice Doesn’t Live Here Anymore (1974). In this information economy, the actions of gatekeepers, the spread of rumors, and the activity (or inactivity) of copyright holders created an ad hoc system of fair use. One of the designs of such a community is that misinformation can be as powerful as accurate information.

Amidst all of the creative uses of copyrighted material reused in video art, there is one well-known example of a piece of experimental video that was suppressed by copyright holders: Todd Haynes’s 1987 film Superstar: The Karen Carpenter Story. In the film, Haynes used Barbie dolls to tell the life story of popular singer Karen Carpenter, who had died a few years earlier from complications of an eating disorder and abuse of medication. Carpenter’s family was sensitive to an exposé about her life, and her brother and collaborator, Richard, sent cease-and-desist letters to Haynes, complaining of music copyright infringement. Superstar used several complete Carpenter songs as well as segments of songs by Elton John, Gilbert O’Sullivan, and the Carpenters.

Accounts of the film’s legal troubles differ slightly. At one point Mattel sent Haynes material about its Barbie patents and trademarks, but the company never seems to have sent a formal cease-and-desist letter or brought any legal action. Haynes and his producer knew that music copyright would be stickier. They worried about the legal liability of using the songs on their soundtrack, and they initially attempted to secure permission for the use of the Carpenters’ music. When permission was refused, they discussed fair use with several lawyers. None, however, thought that the use of entire songs qualified as fair use. As Haynes tells the story now, he decided ultimately that he was making a film for a community in which permission was not necessary. Significantly, he learned his fair use lessons from Kenneth Anger:

It was still in the era when . . . there was a kind of underground cinema that famously ignored issues of rights and stuff like that. I think Kenneth Anger was still working out the rights issues on many of his films—Scorpio Rising—for years after he made it.

More than twenty years after the film was first shown, the Scorpio Rising myth still held sway over perceptions of fair use among avant-garde filmmakers. But Superstar began to change that.

Haynes eventually released the film as an “unauthorized” biopic. Richard Carpenter allowed the film to be shown at festivals for several years, and he may very well have continued to allow Haynes to screen it for a small underground community. After the video began to achieve cult status, however, Richard Carpenter and the Carpenters’ music label, A&M, sent the cease-and-desist letters to Haynes, demanding that he curtail distribution of the film. Rather than go through an expensive trial, Haynes agreed. By that point, however, the film had a growing reputation and attempts to suppress it only made it more desirable and more popular as a bootleg. As censorship so often does, Richard Carpenter drew attention to the thing he wanted to conceal.

In the years after its release, Superstar dislodged Scorpio Rising as the seminal narrative of avant-garde fair use, replacing a liberating story with a cautionary tale. The story circulated widely and portended the closing down of a previously unfettered fair use environment. Filmmakers became more cautious about their use of music and other copyrighted material. Accounts of avant-garde video and the art world of the time regularly cite Superstar as emblematic of the narrowing of fair use. And like the lessons learned from Kenneth Anger’s experience, the fair use chapter of Haynes’s career continues to be exaggerated and misreported. Magazines and newspapers regularly refer to Haynes’s lawsuit, when he carefully avoided a lawsuit, and critics often blame Mattel for the suppression of the film rather than Richard Carpenter and A&M. In her widely read critique of corporate branding in the 1990s, No Logo, for example, journalist Naomi Klein cites Mattel’s legal action against Superstar as a classic example of growing corporate censorship. And in interviews, Haynes has confirmed that people often think that Mattel and not A&M placed legal pressure on him. Like Klein, media scholar Kembrew McLeod highlights Superstar’s legal troubles with both Mattel and A&M as typical of works whose suppression has chilled cultural production and exemplified the growing privatization of culture. Perhaps most tellingly, Superstar served as the centerpiece of Brooklyn-based Stay Free! magazine’s gallery exhibit, “Illegal Art,” which celebrated works that had been silenced by intellectual property law. As the curator of “Illegal Art” prefaced the show, “If the current copyright laws had been in effect back in the day, whole genres such as collage, hip hop, and Pop Art might never have existed.” She might also have added avant-garde film and video. Klein, McLeod, and the “Illegal Art” show all chronicle the very real rise of a permission culture in the 1990s and the early 2000s. But aside from Superstar, I have not located any avant-garde videos that received legal pressure of any kind during this period. (The mounting permission culture only seems to have discovered avant-garde film after the introduction of online video-sharing sites like YouTube in 2004 and 2005.) Superstar is a very rare instance from the 1980s and 1990s in which a work of experimental film and video has been suppressed by copyright law, even by a simple cease-and-desist letter. Through the circulation of a mythic story, avant-garde filmmakers internalized the permission culture growing around them.