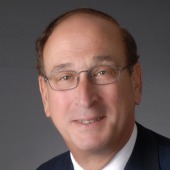 In an op-ed in Forbes, Edward Hess, author of Smart Growth: Building an Enduring Business by Managing the Risks of Growth, examines the recent agreement made between Dell and the SEC. For their failure to disclose information and their use of fraudulent account, the company was forced to pay $100 million and Michael Dell himself was fined $4 million.

For Hess, the Dell case once again,

illustrates the perverse short-term view prevalent on Wall Street that dictates that growth must occur continuously, smoothly and linearly every quarter….There is no empirical basis in any science or in business reality for that “rule.” In fact, companies that grow for more than four consecutive years without resorting to earnings games are the exception, not the rule.

This emphasis on growth and quarterly earnings is what drives bad corporate behavior. Will the $4 million fine levied against Michael Dell deter others from doing the same as some observers have suggested? Hess thinks not. Given the amount the Michael has Dell earned, which is estimated at $450 million, $4 million or 1% of his earnings might not be an effective deterrent. Hess writes:

How effective is the risk of a 1% fine in deterring CEOs from creating non-authentic earnings to keep their companies healthy in Wall Street’s eyes? In my opinion, not very effective at all. In fact, compare the fine Michael Dell received to the income he earned based on stock options gains, and it would seem there is actually an upside for a CEO to play earnings games in order to make their businesses look good to Wall Street.

For more on the book: read an excerpt | browse the book via Google Preview | Watch a video of Edward Hess discussing the book.