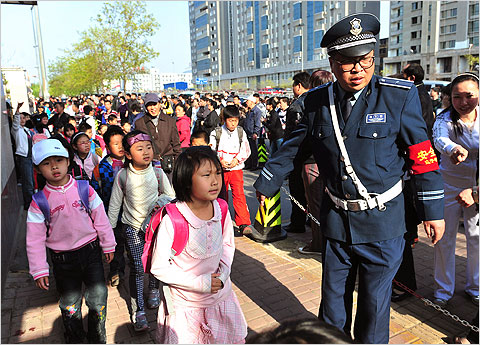 The recent and horrific attacks on young children in rural schools in China have left the Chinese government and a slew of experts searching for answers. The spate of attacks was recently a topic on the New York Times’ Web feature Room for Debate.

One of the people called upon to participate in the discussion was Guobin Yang, an associate professor in the Department of Asian and Middle Eastern Cultures at Barnard College and author of The Power of the Internet in China: Citizen Activism Online. Yang suggests that the attacks “are only the most explosive and brutal symptoms of an increasingly sullen and contentious society.”

In addition to the attacks on schools, Yang lists other symptoms, including the growing number of mass protests; violent attacks against government authorities; more dramatic individual protests; and online exposure of government corruption.

Yang argues that these violent and dramatic acts result from a lack of faith that the Chinese government as being able to administer justice. Thus, “when citizens have no legitimate channels of seeking justice, violence is then seen as an option.”

However, the school killings do represent something new and something especially troubling:

These acts of violence [against school children] have another deeply disturbing element. The assailants attacked the most innocent and treasured members of their own communities. Community often serves as a buffer in times of crisis (as in times of war). By turning against their own community, these attackers reveal a deep crisis in that community, which has long been a source of stability in Chinese society.