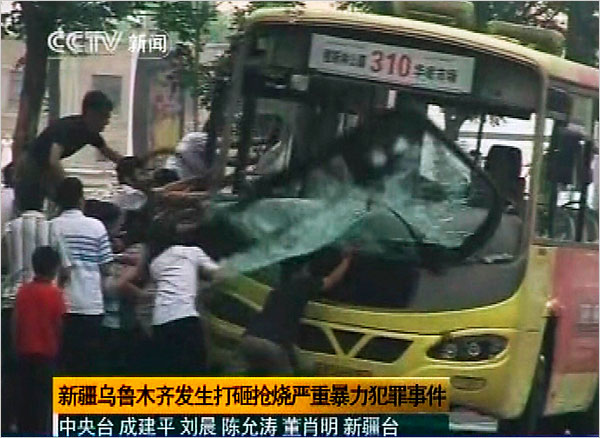 In an essay for the Web site China Beat, James Millward, author of Eurasian Crossroads: A History of Xinjiang, examines the recent violence earlier this month in the western Chinese city of Urumchi and the disputed claims about what caused it.

Millward explains what happened, why it happened, and the role that radical Islam may or may not have played. He argues that ultimately the violence that erupted between the minority Muslim Uyghur population and the Han majority and Chinese security forces was not caused by outside forces or governments as the Chinese government claims but was a result of increasing ethnic and racial tensions in the region.

Here’s an excerpt from the essay in which Millward addresses the challenges China faces as it grapples with minority ethnic populations in a rapidly developing economy:

What Urumchi experienced was what Americans, recalling our own troubled history, might call a race riot. The reasons underlying it were likewise familiar: mundane prejudice including easy use of racial slurs by both Han and Uyghur about the other; a widespread perception by the minority Uyghurs, with some justification, that the political, legal and economic system, especially job opportunities, are stacked in favor of the majority Hans; and a simple lack of understanding or empathy for the different cultures of fellow citizens….

The proximate cause of the Urumchi troubles was labor migration, both of Uyghurs from Xinjiang to Guangdong, and of Han from other parts of China to Xinjiang, all associated with China’s super-charged market economy and state program to develop western parts of the country. But the deeper problem is essentially the same as that in any large, modern state: how to incorporate ethno-cultural diversity into the national vision. Chinese official rhetoric and policies in the past—especially in the early 1950s and late 1980s—were directed at this goal, but more recent approaches have too often depicted Uyghurs and Tibetans as ungrateful “others,” and even as threats to security. Both Uyghurs and Han have absorbed this message from state media. It has fueled Uyghur frustration and violence, and instilled in Hans a sense of grievance against minorities, their fellow Chinese.

China faces problems of interethnic tension and civil rights all too familiar to other countries in the world. Chinese leaders could enjoy international sympathy and support should they address these issues directly. But claiming that all ethnic problems at home arise from the conspiracies of exiles or machinations of foreigners will only elicit more international sympathy for Chinese minorities and criticism of China’s human rights record.