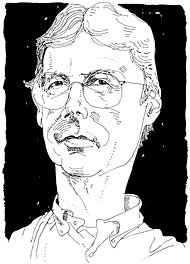 As Poetry Month winds to a close and with Sunday’s NYT review still fresh in our minds, we thought it appropriate to return once again to William Logan’s Our Savage Art: Poetry and the Civil Tongue.

In the opening essay to the book, “The Bowl of Diogenes; or The End of Criticism,” William Logan looks at the task of the critic. You can read the entire essay here but here is how Logan concludes the essay:

The critic, if he is to be a critic, must risk being wrong, must say what seems right to him, though it makes him a laughingstock for generations afterward. A critic who does his job must be a good hater if he’s to be a good lover, because if he likes everything he reads he likes nothing well enough—and the critic lives for the moment when he discovers a book so rare his first instinct is to cast such a pearl before readers (some of whom will be swine who ignore it; others, the real readers, simply people with a taste for pearls). The daily job of the critic, what he does in the meanwhile, is to explore the difficulty of poetry, not for other readers, but for himself, because who is the critic critical for, if not himself? This may seem to make a minor craft more a moral virtue than a moral failing; but a critic needs no deeper philosophy or impulse than that criticism is what he does—it is, in Blackmur’s phrase, his “job of work.” When Diogenes threw away his bowl, in other words, he made a mistake.