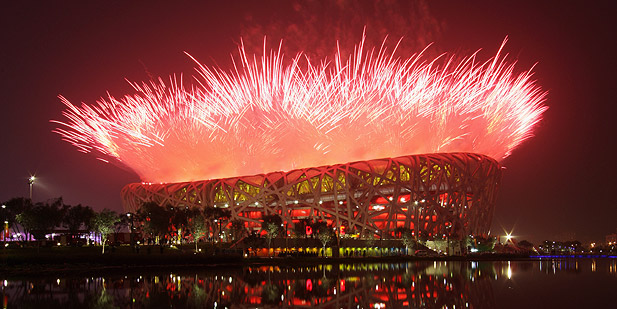 This week C.U.P. authors have been hitting the pavement to discuss on tv, radio, and in print the prospect of China becoming more democratic as a result of the Olympic games that open tonight in Beijing. Since Beijing was announced as the host city debate has been raging about whether having the Olympics in China would help or hurt the democratic process unfold in the communist nation.

Today we bring you a multi-media round-up of three Asia experts and their opinion of the democratic effects that the Olympics will have on China.

First up – Victor D. Cha is the D. S. Song-Korea Foundation Chair in Asian Studies and associate professor of government in the Edmund A. Walsh School of Foreign Service at Georgetown University and the author of Beyond the Final Score.

Watch video footage of Victor Cha on the Today Show or listen to him on NPR’s Morning Edition. We’ve posted additional commentary here.

Second up – Andrew J. Nathan is the Class of 1919 Professor of Political Science at Columbia University and co-editor of How East Asians View Democracy.

Third up – Bruce Gilley is assistant professor of political science in the Hatfield School of Government at Portland State University and author of China’s Democratic Future.

In a post in the Wall Street Journal Asia, Bruce Gilley argues that the Olympics are a positive force for democratization in China.