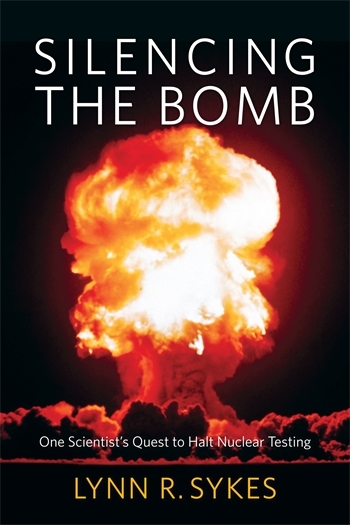 “When he signed the Comprehensive Test Ban Treaty in 1996, President Bill Clinton called it ‘the longest-sought, hardest-fought prize in arms control history.’ Lynn R. Sykes was one of the leading scientists in that half-century-long battle. Although testing has stopped—except in North Korea—Republican opposition has blocked ratification of this treaty in the U.S. Senate. Sykes’ lucid inside accounts of the science underlying the detection of nuclear testing and the battles over the test ban’s verifiability are therefore not just of historical interest but also relevant to contemporary concerns.”
— Frank von Hippel, cofounder, Program on Science and Global Security, Princeton University

This week, our featured book is Silencing the Bomb One Scientist’s Quest to Halt Nuclear Testing, by Lynn R. Sykes. Throughout the week, we will be featuring content about the book and its author on our blog as well as on our Twitter feed and our Facebook page.